Emzy Ned Nwoko, the step-son of Nollywood actress, Regina Daniels has taken to Instagram to publicly announce that he has disowned his father.

The lawmaker, Ned Nwoko, who got married to Regina Daniels in a low-key version, has been alleged to have absconded his fatherly duties.

Emzy Ned Nwoko, who graduated from the University of Port Harcourt recently, disclosed that he has never enjoyed the wealth of his father.

Also Read: Don Jazzy’s Advice To A Troll Who Questioned His Voice Is A Must Read

He disclosed that his mother raised him up to where he has gotten to. He further revealed that he stopped his music career to complete his education. 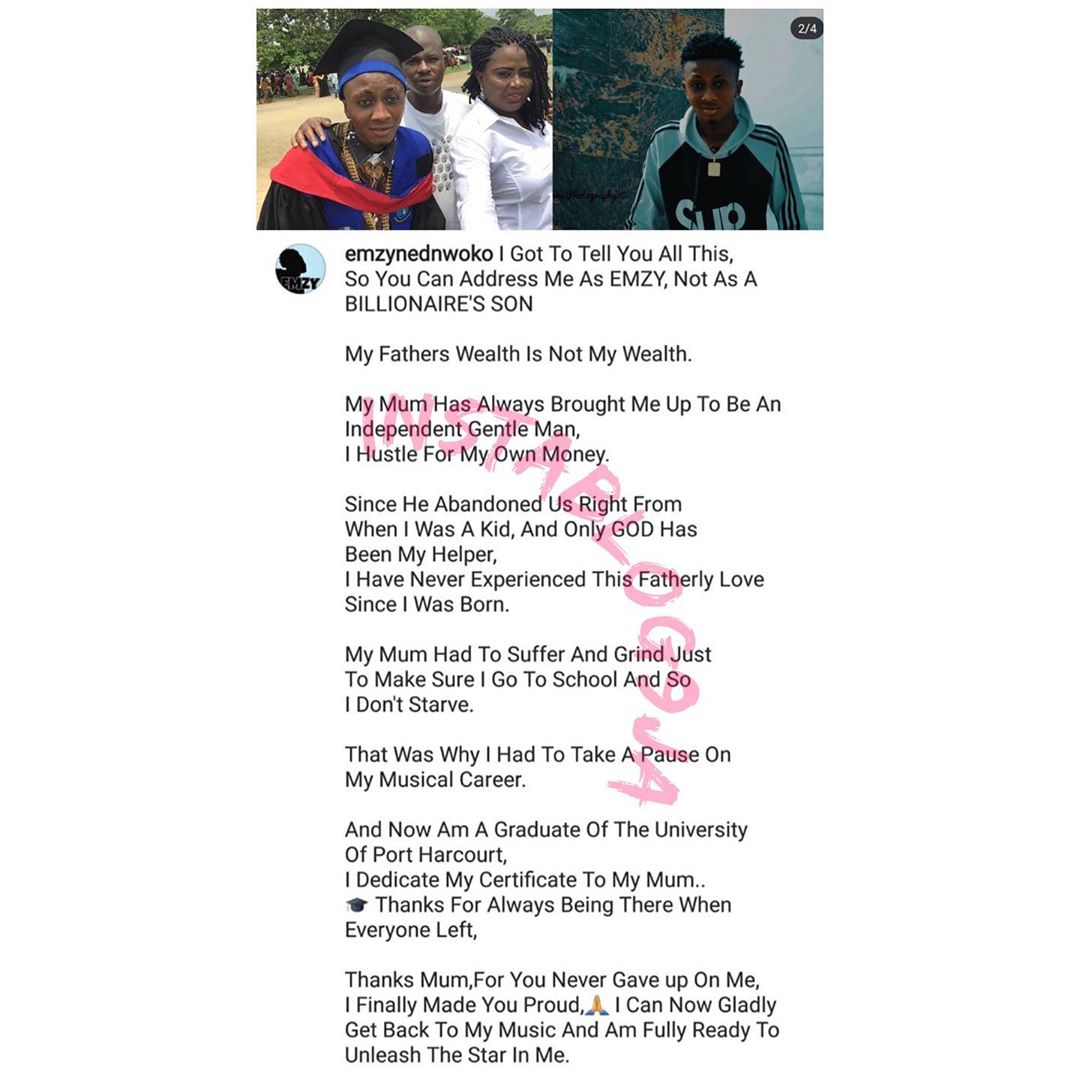