The Big Brother Naija star who revealed that she has been at same spot the young actress is in, stated Regina Daniels has been brave and all that matters is where she is headed.

Gifty who encouraged Regina Daniels via her Instagram page stated that age is just a ‘bunch of deceiving numbers’ and her mother (Rita Daniels) cares about her future. 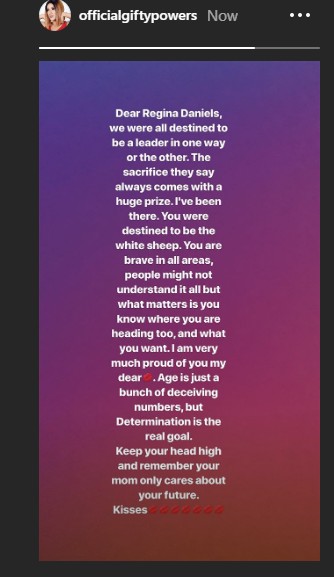