Comedian AY has come out in quick fashion to douse any tension that may have been caused by his previous post on Instagram.

Informationng had previously reported that the comedian had dropped a message on how people keep blaming others for mistakes.

This was perceived to be an attack on Tonto Dikeh, who has been ensued in controversy for comments made during an explosive interview.

Also Read: ‘You blame people when you are frustrated’ – Did AY just shade Tonto Dikeh?

After the post, AY’s fans quickly pointed out to the comedian to avoid talking about Tonto Dikeh’s matter. 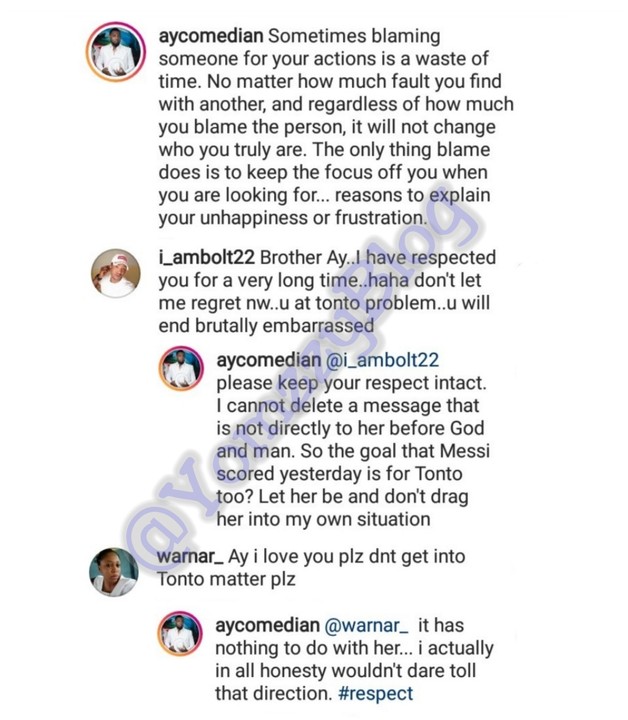