Home Politics I gave up my food to other children because I was healthier...
Facebook
Twitter
WhatsApp 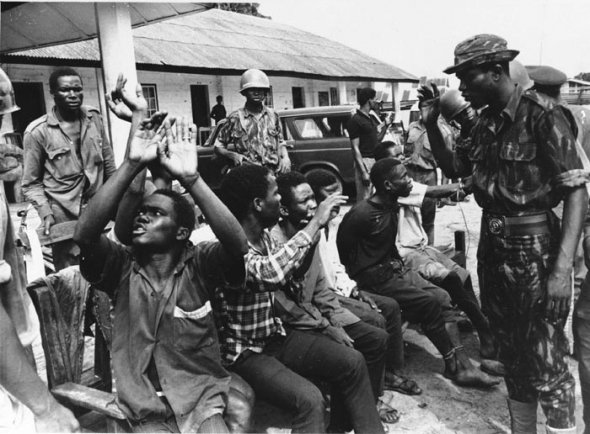 A former presidential candidate and minister of education, Oby Ezekwesili has shared a touching story of her civil war experience.

According to the former vice president of the World Bank, she was four years old when the war that claimed the lives of over 3 million Igbos began.

She recounts how she learned empathy from the war and how she had to give up her food for other children because she was healthier.

Taking to Twitter on Thursday evening, the former minister tells of how the war, has had a lasting effect on her and her generation.

Born April 1963 I was 4 when the civil war started in July 1967. From that age too when I turned 7 at the end of the war in 1970, my childhood and that of many of my generation who survived deprivation, diseases, and killings were overtaken by adulthood.

The experience of 4 years old Me over the 3 years of the civil war and how we went from being children to adults overnight helped shape me to the core.
I learned Empathy. As in, I really lived on Empathy. For example, giving up food for other children because I was healthier.

Mbanu. The experience! Haaa. The War had such a lasting effect on me and our generation but in different ways, depending on which Lesson your parents stressed.

Mine told us we must because of what we went through always empathize with people that remind us of our tragedy.

Our country has gone through different versions of Tragedies that we leave the victims alone to walk themselves through. East. West. North. South. We have scars and carcasses of the effects of Tragedies we all simply refused to acknowledge for one another.
It is toxic. Toxic.

Someday, we all shall find for ourselves, Leaders that are not afraid to have us all:
cry out our pains, discuss our hurts and offenses, acknowledge our differences,
agree our Common Values, negotiate our common Vision and Identify our Strengths, Weaknesses, Opportunities, and Threats.