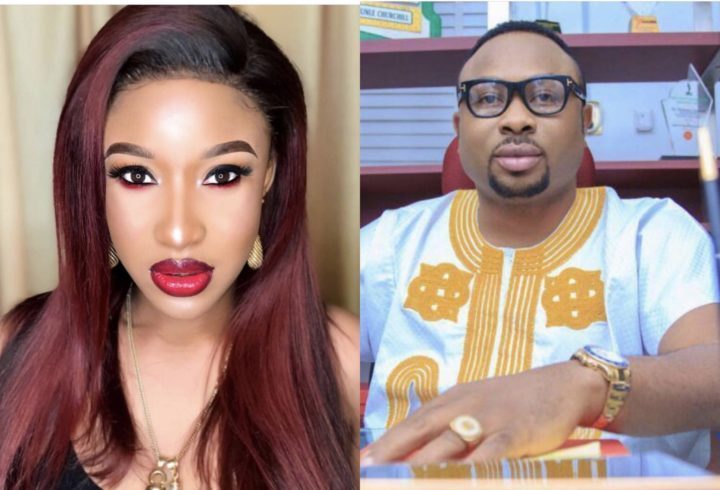 Oladunni Churchill the ex-husband of Nollywood actress Tonto Dikeh has finally reacted to all the ongoing drama online.

Recall Tonto has been all over the news following an interview she granted slandering her husband and calling him all sorts.

The interview got other celebrities to react including Funnybone who has since been responded to by Tonto.

According to Tonto in her response to the comedian, Churchill kept granting interviews after their marriage ended and no one had issues with it yet everyone seem to be having issues with her interviews which has just been done twice.

Reacting to a comment by a fan online who called his attention to this claim, Churchill,l stated he has no time to respond to ‘inconsequential ruse.’ 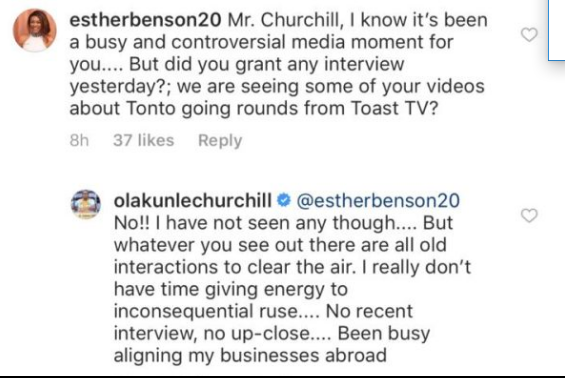