Nigerian singer B-Red has just revealed he is a landlord.

The HKN singer took to Twitter to announce his latest achievement, a N120 million house in Lagos.

B-Red who is the cousin of singer Davido, shared photos of the house key on Twitter and wrote alongside

“Just got my first house 120 million naira GOD is GREAT”, the singer finished with some love and prayer emojis. 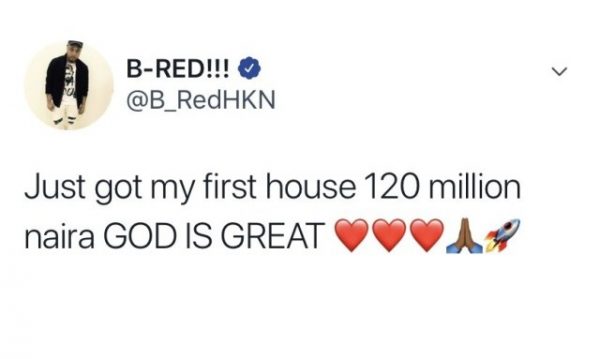 The singer has since come under massive fire by social media users for bragging about the house. Many took time out to severely bash him as they are of the opinion he should not have in the first place.