Celebrity blogger, Linda Ikeji has revealed that she cannot afford to keep her life private, after a fan compared her to Nollywood actress Genevieve Nnaji.

However, Linda replied the fan that she can’t be silent about her moves as she writes about others for living.

Read their exchange below; 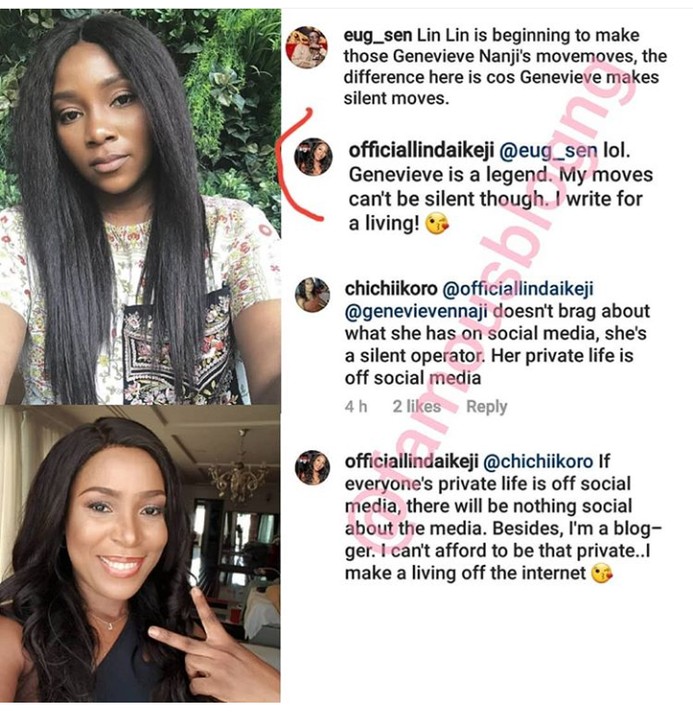