Nollywood actress, Eniola Badmus, has taken to social media to reveal that she is stressed out and what she needs to relieve the stress.

The Nollywood actress posted on Snapcat that she is stressed out and she needs to fornicate aggressively to relieve herself of the stress.

Am so stressed😩 I need to fornicate aggressively 😔

Eniola Badmus had been in the news a few days ago after dragging her colleague in the movie industry, Uche Obodo.

The actress mocked Uche Obodo for releasing nude pictures of herself on her birthday. 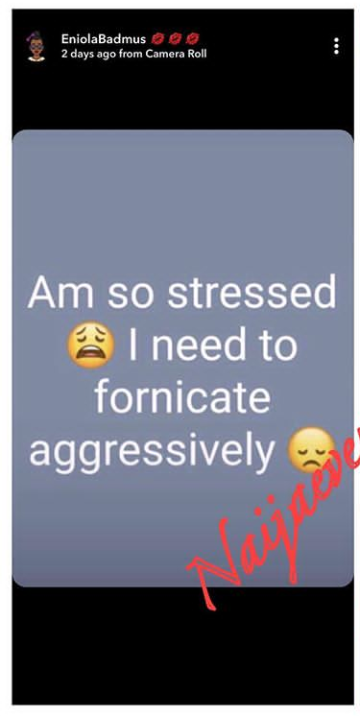