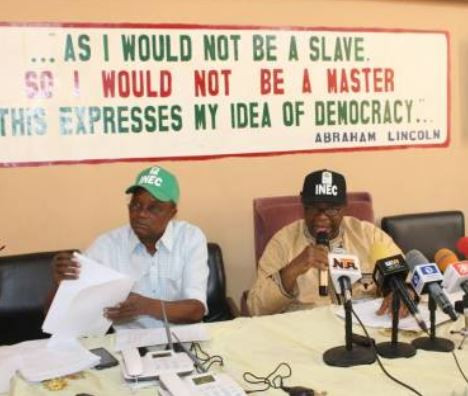 Garba Madami, the Resident Electoral Commissioner (REC) in Kwara State, has just revealed that he was offered some money to rig the election in the state.

According to Madami, some politicians offered him some money so he could rig the 2019 election in their favour.

“There was pressure by politicians who offered me money to compromise the 2019 general election in Kwara State, but I stood my ground and refused to give in. The nature of our job at the Independent National Electoral Commission (INEC) is too tempting. It is left between you and God to do the right thing and keep your integrity, or compromise and lose your integrity. You may even go to jail” he said.

“The politicians have money and some of them feel that they can buy anybody with the money. It is a matter of integrity; it is left for you to be careful and work transparently to keep your integrity.

“What I did in Kwara State before the elections was to go on air and tell the people that no amount of money can buy me. I made them understand that their votes would count and I was not ready to compromise” he said.

Recall the last election in the state saw the All Progressive Congress (APC) winning all the elections in Kwara. They cleared all 24 state House of Assembly seats and all three senatorial slots.