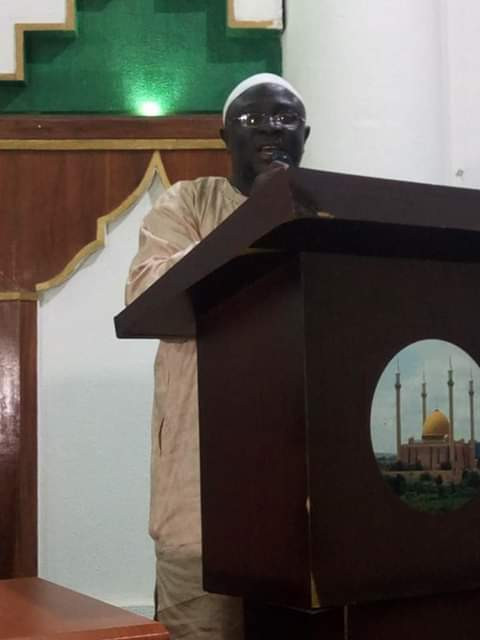 An Islamic scholar by the name Ustaz Sa’eed Abdur-Rauf, has caused a stir online with his recent teaching.

According to Ustaz who is also the Director, Nigeria Office of International Institute of Islamic Therapy,  Muslims women should learn how to accept the reality of polygamy.

He made this known while speaking in Ibadan during the 4th Annual Ramadan Lecture organised by Oyo District of The Criterion, an association of Muslim women in business and the professions.

“As a Muslim woman, you should know that there is no alternative to it. If your husband brings a new wife, you should be able to endure it. It is not easy, but you must be able to appreciate than endure it,” he said.

The scholar went on to list polygamy, financial problem, hurtful utterances and role of the devil as some of the factors that affect the home adding that the way out is to have the fear of God.

“In every clime, there must be a leader. We have the father as the master of the house while the wife is meant to be subservient. The husband must treat and utilise his powers with fear of God. We must always be mindful of our hurtful utterances against one another. These utterances sometimes are unpardonable and aggravate the problem of the home-front,” he said.

Ustaz finished his speech by stating that most problems in marriages can be fixed by expression of piety and fear of God, adding that couples would be happy should they identify each other’s rights.