Instagram blogger, Blessing Okoro who recently took to Instagram that she is a proud owner of a seven-room duplex which she revealed on her birthday, has also come out to reveal that she was faking to be the owner of the house in a leaked Whatsapp voice note.

Blessing Okoro took to Instagram on her birthday to share the news of her getting a  seven-room duplex house which she posted on her Instagram page, shortly after the post the real owner denounces her claims and said she is only deceiving people that the house was not for the blogger. 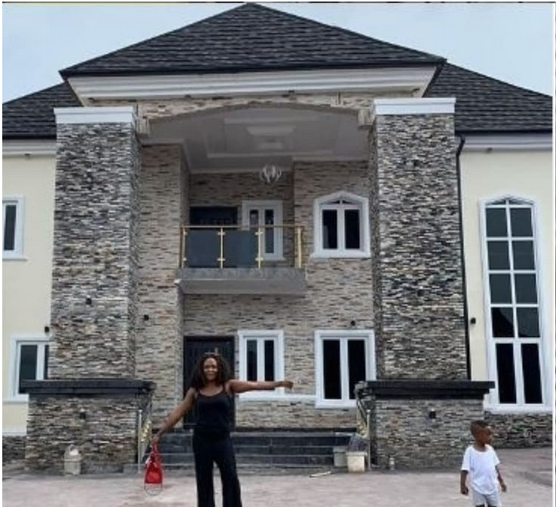 The man who is identified as a China-based billionaire, Onye Eze went on to take a video of his house saying she is only faking what she’s not.

To salvage the matter, Okoro Blessing has a conversation with her friend and admitted she took pictures with the house but has the intention of building a replica of the house according to the leaked Whatsapp Voice note published by Instablog, she also revealed she has spoken to the owner of the house to calm him down