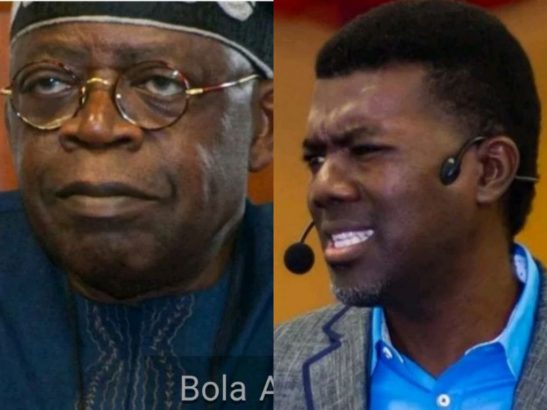 Reno Omokri, the former Presidential aide,  to Goodluck Jonathan has taken to social media to ask Nigerians if  APC chieftain Asiwaju Bola Tinubu is a brave man or a mere coward.

Via Twitter, Omokri asked why Tinubu had to react after he was attacked by the Peoples Democratic Party, PDP but chose to remain silent when Governor Nasir El Rufai of Kaduna State slammed him.

Elrufai insulted Bola Tinubu and Tinubu DID NOT respond to him. The PDP DID NOT insult or attack Tinubu, yet Tinubu heavily insulted them. What does that make Tinubu? RETWEET if it makes him a COWARD LIKE if it makes him BRAVE

Recall few weeks ago while speaking at a conference in Lagos, Nasir El Rufai made a comment many have deemed to be more of an attack on Tinubu.