Nollywood actress, Tonto Dikeh, has taken to Instagram to lash out at some fans who ask for money everytime they see a celebrity or even on social media.

The actress pointed out that some people have an entitlement mentality, and it is only in Nigeria that fans demand money because they are fans.

The actress expressed that she has been a fan of American pop star, Rihanna for years and she does not ask for money.

At the same time, Tonto Dikeh also lashed out at owners of Instagram accounts with white people’s photo but has a Nigerian name.

She wondered how a white pilot will be begging her for N10K. She further revealed that some people have been demanding for N500K from her.

She her posts below: 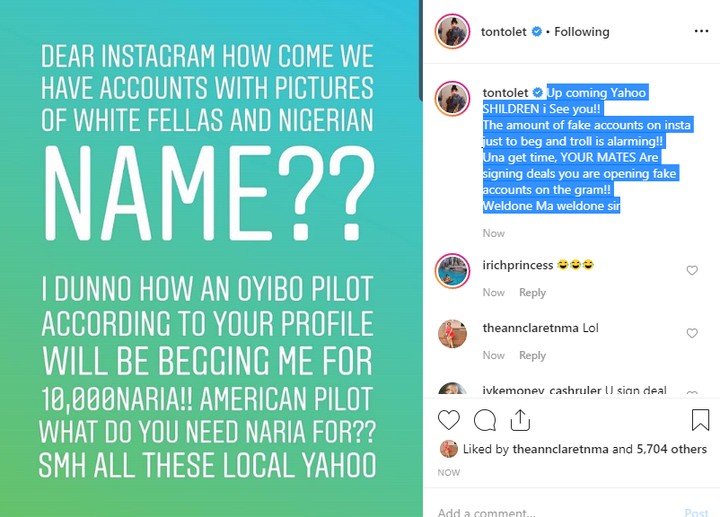