The incessant accident involving containers on the famous Ojuelegba bridge needs to be checked as another one took place today and has resulted in a serious gridlock on the road.

The trailer conveying the container was said to have been loaded above its usual capacity and as such tumbled on trying to ascending the bridge.

While there was no casualty recorded, the driver of the truck had the following to say:

“As I was climbing the bridge, a bus overtook me and I had to stop. When I set out after the bus left, the gear dragged me back and the container turned and fell.

“It is not because of the break. There is no casualty. I was not the only one in the truck, we were three in number, but nothing happened to any of us.” 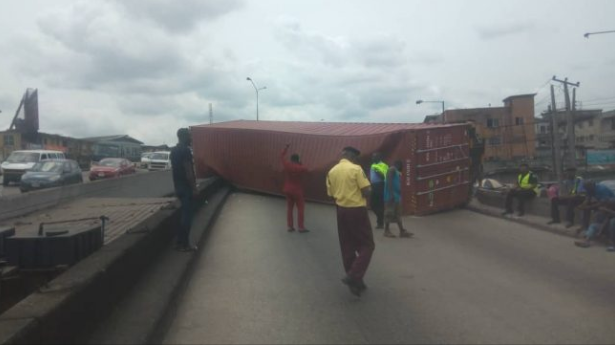 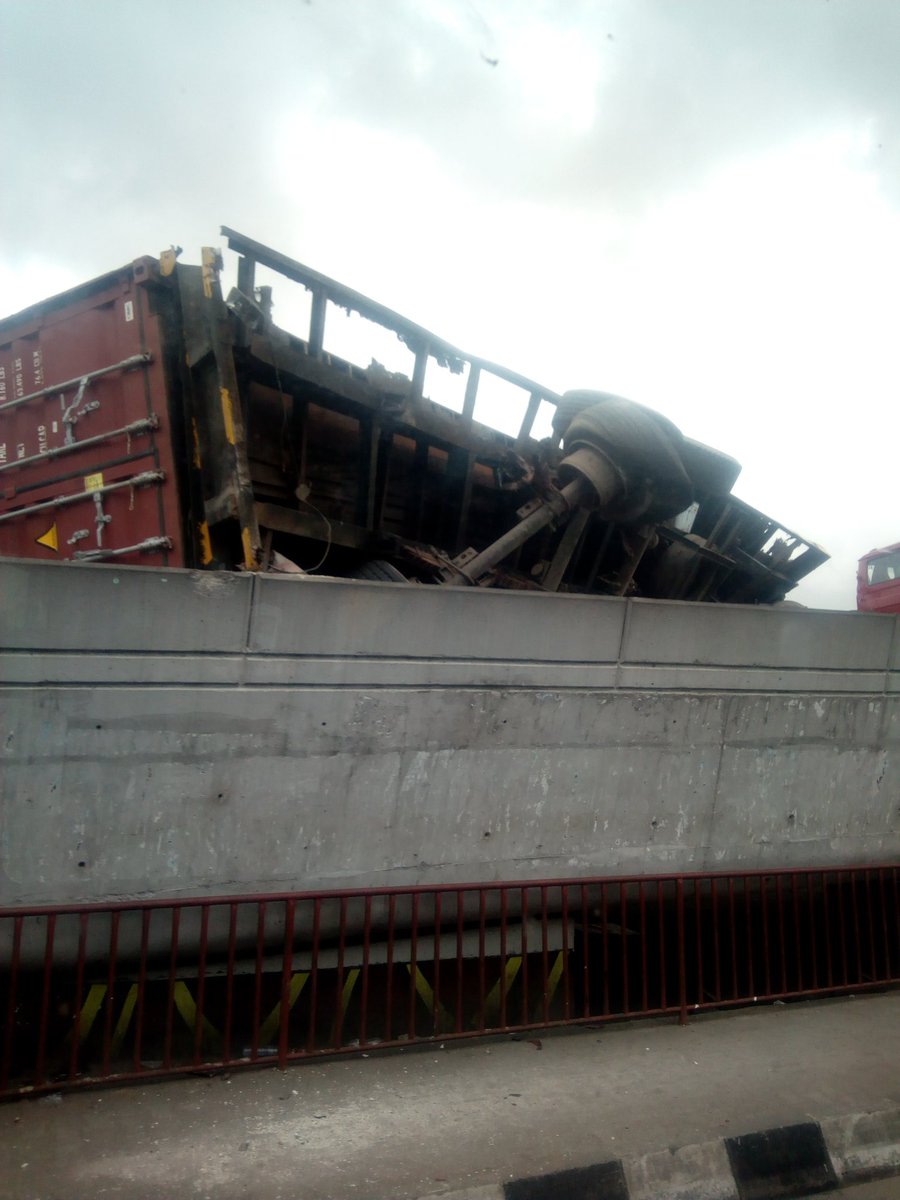 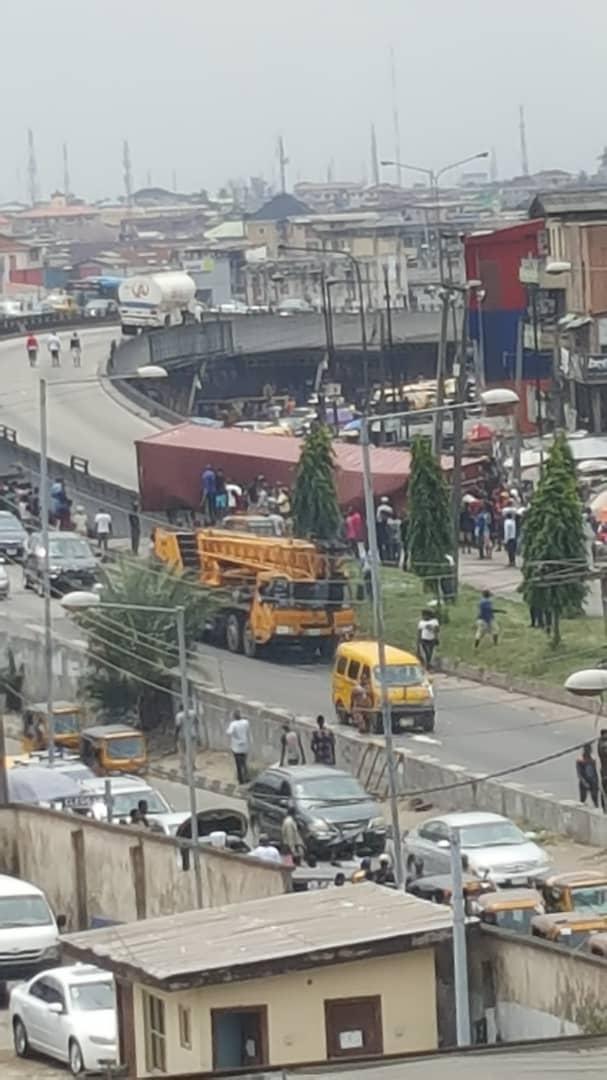