Theresa May has made her announcement to resign after spending three years as prime minister of the state. 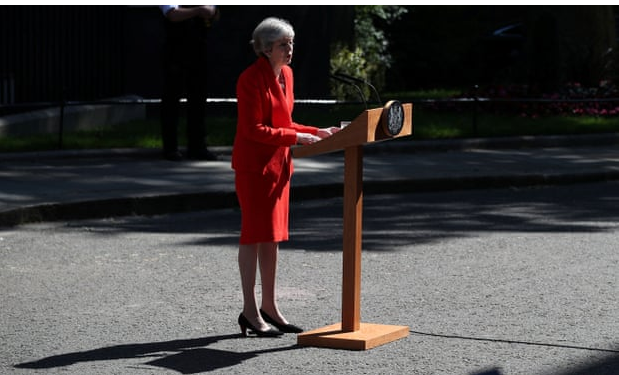 Theresa May who has served as UK’s prime minister for 3years has had intense pressure from her own party to step aside as Conservative leader.

speaking in Downing Street, she said it has been “The honour of my life to serve as Britain’s second female prime minister”

The prime minister listed a series of what she said was her government’s achievements, including tackling the deficit, reducing unemployment and boosting funding for mental health.

Theresa May served as Uk’s Prime minister after David Cameron resigned following the outcome of the European Union membership referendum in which 52% of voters voted in favour of leaving the EU.