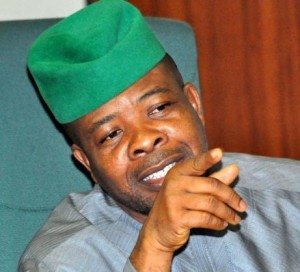 Newly sworn-in governor of Imo state, Emeka Ihedioha, has begun the demolition of monuments built by the administration of the immediate past governor of the state, Rochas Okorocha.
The action began with the demolition of the famous Akachi tower which was commissioned by the vice president of Nigeria, Prof. Yemi Osinbajo, only a few weeks ago.
Ihedioha won the last gubernatorial poll in the state by a wide margin after defeating the anointed candidate of Okorocha in the last governorship poll which took place across the nation.
His move today has got people viewing him as one trying to eliminate the legacy of Okorocha from the state by all means.
Advertisement