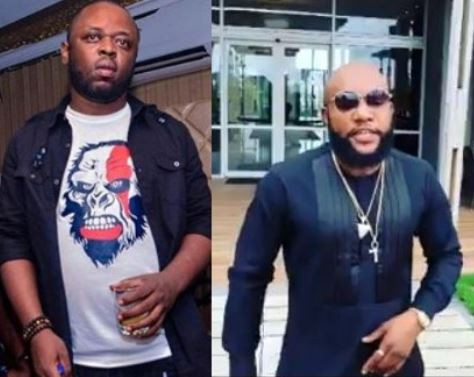 However, before the match took place, Nigerian singer, Kcee had promised a certain @mrchidozie (a die-hard Liverpool) on Twitter N1million should Liverpool win and as things eventually panned out, Liverpool did win.

Kcee had boasted saying Barca would win even as he is not a fan of the club. In his words;

See the screenshot of their conversation and payment made below; 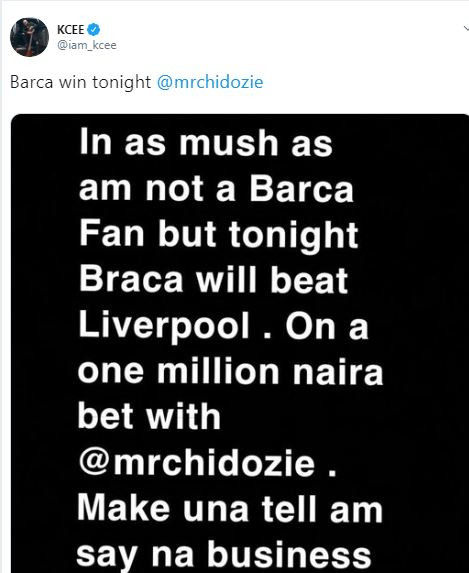 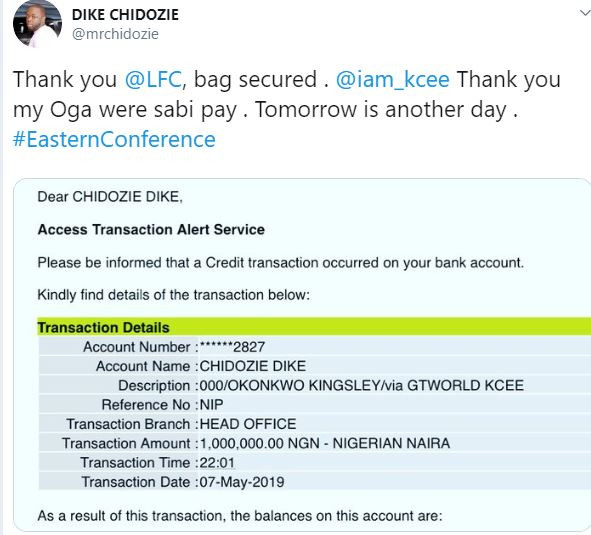