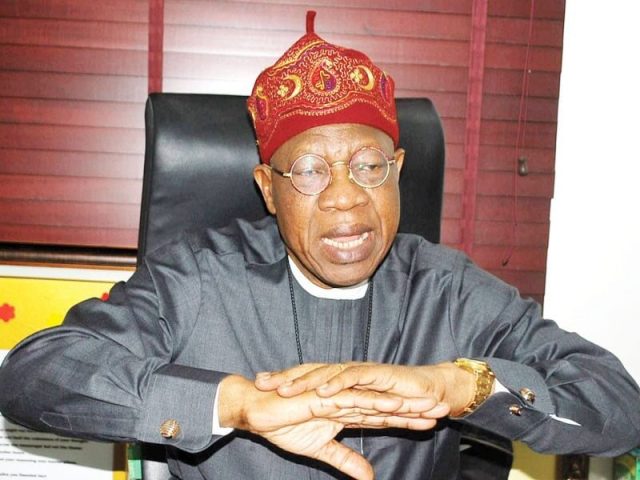 The Federal Government has accused former president Olusegun Obasanjo of allowing Boko Haram insurgency to spread right under his reign as president.

This comes after the former president lambasted the Federal Government for not efficiently dealing with the security challenges plaguing the country and allowing and insurgency spread.

“They have both incubated and developed beyond what Nigeria can handle alone. They are now combined and internationalized with ISIS in control, Obasanjo said.

“It is no longer an issue of lack of education and lack of employment for our youths in Nigeria which it began as, it is now West African fulanization, African Islamization and global organized crimes of human trafficking, money laundering, drug trafficking, gun trafficking, illegal mining, and regime change.

“Yet, we could have dealt with both earlier, and nip them in the bud, but Boko Haram boys were seen as rascals not requiring serious attention in administering holistic measures of stick and carrot.

However reacting to Obasanjo’s statement, Lai Mohammed, minister of information and culture on Tuesday said Boko Haram insurgents have dealt with more Muslims than Christians — While faulting claims by the ex-president that the goal of Boko Haram was “Fulanisation”.

He said : “Since the Boko Haram crisis, which had been simmering under the watch of Obasanjo, boiled over in 2009, the terrorist organization has killed more Muslims than adherents of any other religion, blown up more mosques than any other houses of worship and is not known to have spared any victim on the basis of their ethnicity.

“It is, therefore, absurd to say that Boko Haram and its ISWAP variant have as their goal the ‘Fulanisation and Islamisation’ of Nigeria, West Africa or Africa.

“Boko Haram is a mindless, godless group who are as far away from Islam as one can think of.

“That explains the massive degrading of Boko Haram, which has since lost its capacity to carry out the kind of spectacular attacks for which it became infamous, and the recovery of every inch of captured Nigerian territory from the terrorists.”