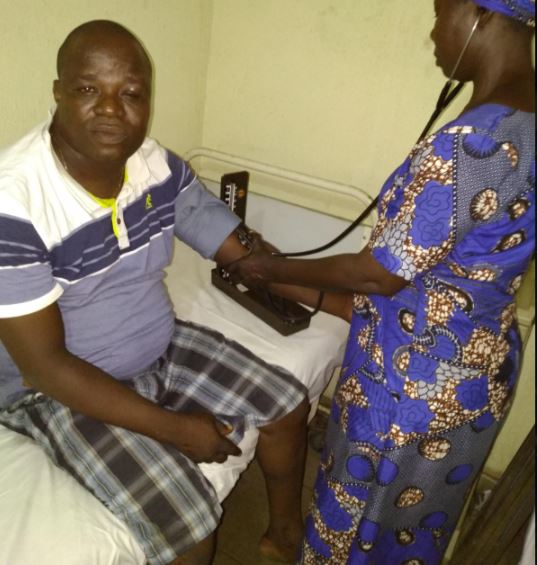 Kehinde Sonaike, an official of the Lagos State Traffic Management Agency(LASMA) who was hit into the third mainland bride river by a speeding driver yesterday is currently recuperating in a hospital.

According to reports, the LASTMA official was said to be helping a motorist whose vehicle developed a fault at the Adekunle end of the bridge before he was hit by the speeding driver.

He was said to have been rescued by fishermen and rescuers who quickly took him to a nearby hospital, Gbagada General Hospital.

The LASTMA official while recounting his experience shared the following:

“Our jobs include assisting people with broken down vehicles to get it to work or call a towing vehicle from our nearest office to help move those vehicles off the road, so as to avoid gridlock.
“But, on my way, I saw a broken down vehicle, I came down from the vehicle and put on my hazard light so that I could assist the driver. As I was assisting the man, a vehicle came and hit the LASTMA car from the rear, hit me in the process and the next thing I saw was that I fell off from the Third Mainland Bridge into the lagoon. I can swim a little, but the fishermen rescued me. They were about four.”