Nigerian big boy, Olakunle Churchill has taken to Instagram to troll his ex-wife and Nollywood actress, Tonto Dikeh by posing in a new brand new car.

Olakunle Churchill has been in the news for some days now after his former heartthrob Tonto Dikeh publicly called him.

In an explosive interview, Tonto Dikeh called him an internet fraudster (Yahoo Boy) and she also revealed that he does not last more than 40-seconds in bed.

Also Read: ‘You Are Not Angry, But Hungry’ – Etinosa Slams Slizeboy

Reacting to this allegation, Olakunle posted a new video on Instagram of him purchasing a new ride. He captioned the video, “Making Money in 40 Secs” in reference to Tonto’s comment. 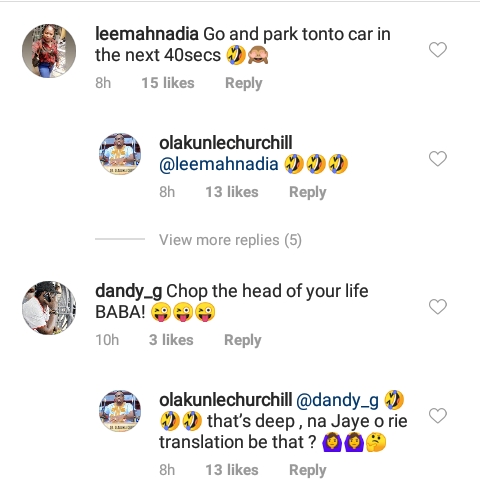