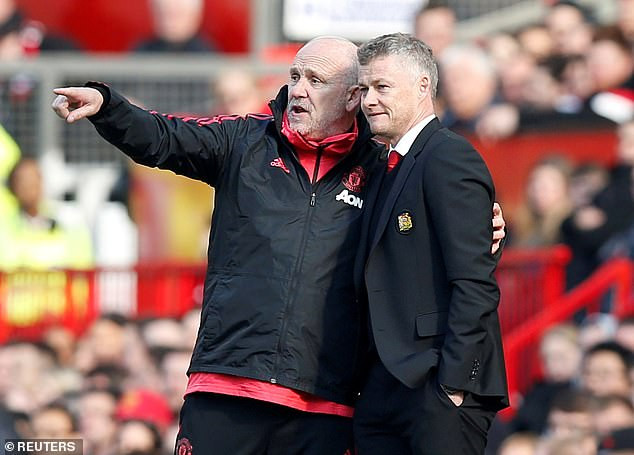 Phelan, who worked alongside Sir Alex Ferguson, made a return to the club in December after Solskjaer was made caretaker.

He has been in talks with Machester United since March for a permanent position.

In a statement, he said:

‘I am thrilled to be back as assistant manager. Manchester United has been a huge part of my life since I joined as a player in 1989 and I am delighted to be able to continue that relationship in this key role.

‘Since returning in December, I have enjoyed working with Ole, Michael (Carrick), Kieran (McKenna), Mark (Dempsey and Emilio (Alvarez) and we are all focused on preparing for the new season.’

Solskjaer speaking on the appointment said;

‘Mike is a great person to have around and has been invaluable to me since we returned in December,’ said the United boss. ‘He brings a wealth of experience to this role with a long established connection to the club.

‘We have a good group of coaching staff and we are already working on the challenges that lie ahead of us as we plan for the new season and the future beyond.’

‘I’ve been a player under him – his knowledge, experience, demeanour – everyone in the club enjoys speaking to him, talking to him, discussing football with him. Players really respect him, they know what he can do and he’s worked with the best. I’m a young manager and Mick has more experience than I do in a few areas.’

On if Phelan’s appointment means United means a technical director will also be coming in, Solskjaer added:

‘The club will announce when they feel they’ve found the right man. Until then we just work on the same structure we have now.

‘I can say for me, Mick, we’ve been involved in loads of meetings about recruiting players and how we go forward. I’m happy with the communication and the targets we’ve put up and now hopefully we can get some over the line.

‘It’s not about me or Mick, it’s about getting the club back to where it belongs. That’s the same when I brought Mark Dempsey with me, he’s a Man United man. Michael Carrick is a Man United man. We care about the club and it’s never going to be about anything else than the club.’