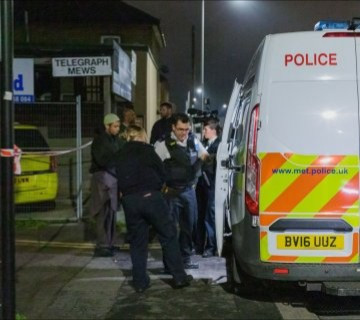 A masked gunman reportedly opened fire at an east London mosque during Ramadan prayers a few hours ago.

According to reports, some Muslims were at the Seven Kings Mosque in Ilford for evening prayer when a gunshot was heard outside the mosque.

The gunman then gained entrance into the mosque on High Road but was made to leave before he could fire another shot.

Scotland Yard revealed that initial investigations suggested that a “blank firing handgun” had been shot with no injuries recorded. The investigation also revealed there was no damage done to the building and the case is not been treated as terrorism-related, the force said. 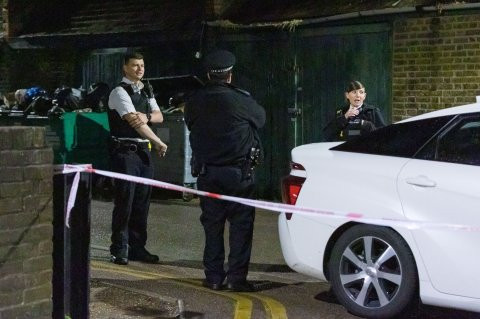 Ibraheem Hussain, 19, who was at the mosque at the time of the shooting said:

“There are three sections of the mosque and at Taraweeh (evening prayers) during this time of Ramadan, the mosque is packed out. We were upstairs in the classrooms and about 30 minutes into the night prayer a large noise went off.

“I just continued my prayer, it sounded like a firework or maybe something heavy had been dropped, so no-one really thought anything of it. After we finished we were leaving the shoe area and someone said it was a gunshot, someone had come into the mosque and he had a firearm on him. The managers had seen him, he was masked and acting suspicious and the firearm was let off.”

“There was a firearm incident outside Seven Kings Mosque tonight during Ramadan night prayers. The suspect ran from the scene when stopped by brothers standing guard at the mosque. A shot was fired which fortunately did not hit anyone.”

“I am aware of the reports of a man with a firearm at Seven Kings Mosque during prayers tonight and am relieved that no one appears to have been hurt or injured. Thank you to @MPSRedbridge for a swift response.”