Home Entertainment #MothersDay: ‘Only a bad ass mom can be father and mother to...
Facebook
Twitter
WhatsApp 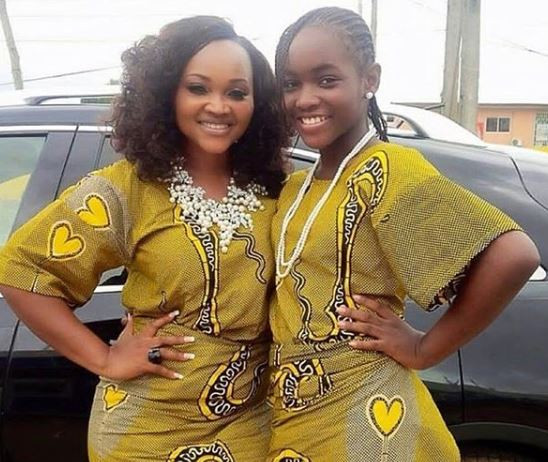 Nollywood actress and producer Mercy Aigbe is celebrating herself for being a ‘badass’ mom.

The mom of two, took to her IG page to appreciate herself for doing a good job single-handledy raising her daughter for the last 18-years.

According to Mercy, she has been ”playing the role of father and mother to her kids for the past 18-years.”

‘It takes only a badass mom to be both Father and Mother. Almost 18 years now and it has been nothing but God’s amazing grace’.

Mercy was formerly married to hotelier Lanre Gentry whom she has a son with but has since left him over allegations of domestic violence. 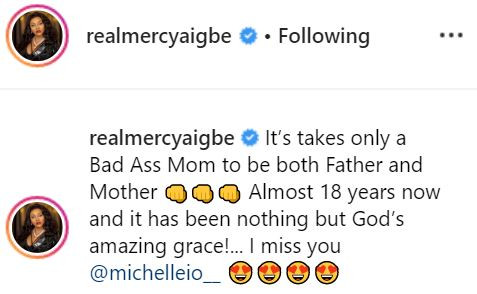