Days after Joshua Bamiloye tweeted about the TV series Lucifer, describing it as a movie that glorifies the devil, Twitter NG has erupted with backlashes including a straight bullet fired by a twitter user Fola Folayan aka TheFavoredWoman to Joshua Bamiloye and Mount Zion Movies. 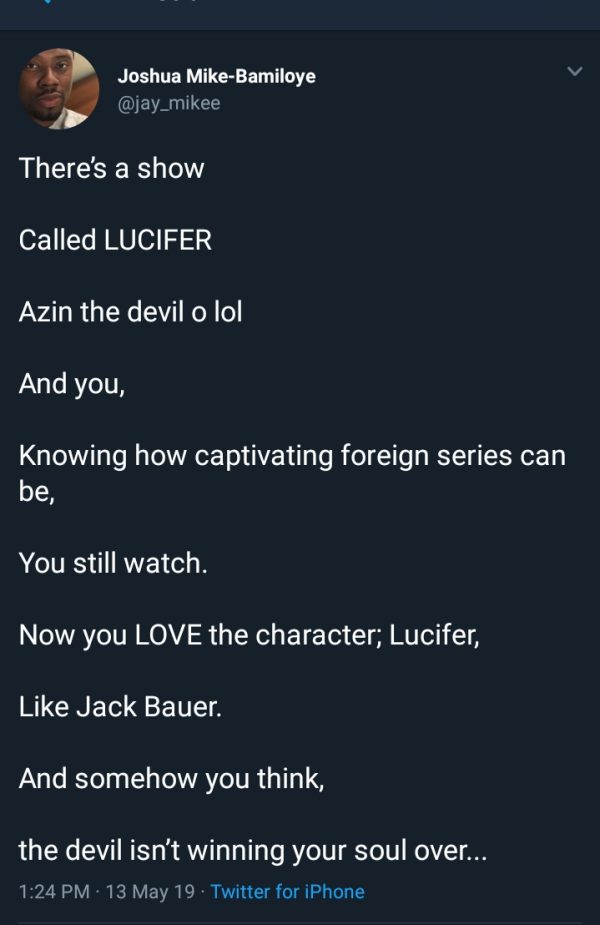 Following the series of backlashes, Fola Folayan the founder of thefavoredwoman replied Joshua Bamiloye on her twitter page, saying;

Mount Zion movies and the brand of Christianity they preached were trash.

their theology was limited, erroneous and damaging.

they encouraged paranoia and cooked up conspiracy theories as facts.

I said what I said”. 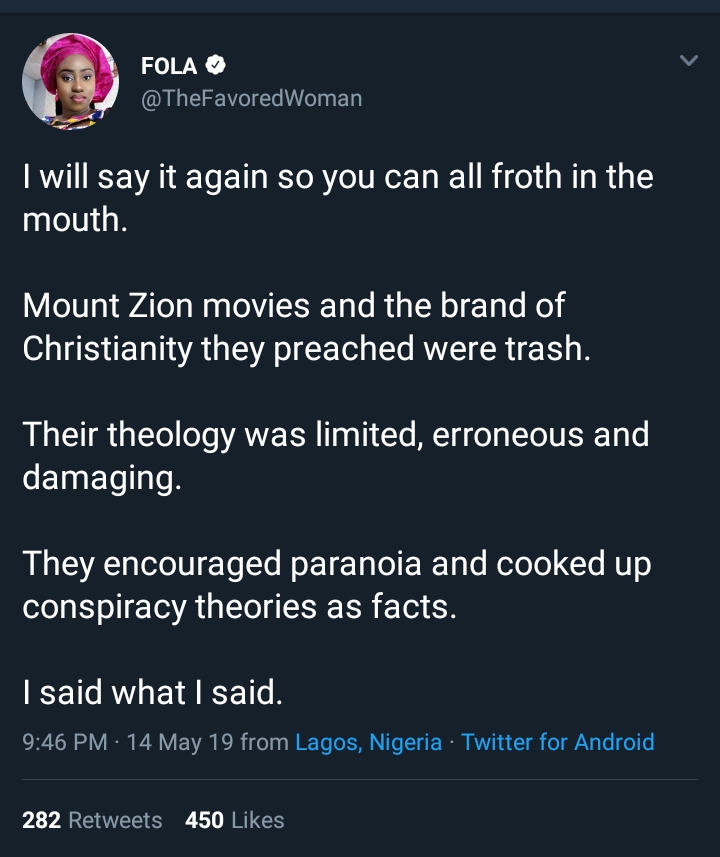