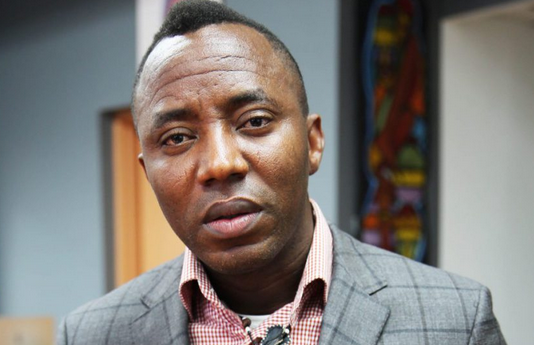 The back and forth began after the Kaduna Central lawmaker urged Rotimi Akeredolu, governor of Ondo, had described Ondo to give up his plans to cultivate cannabis for medicinal use in the state.

Shehu Sani had urged Akeredolu to leave the “Indian Hemp” matter and focus on cultivating ginger, beans, and yam — By partnering with states like Niger and Kaduna like Lagos state did in terms of rice.

My Brother Akeredolu, Lagos Partnered with Kebbi for Rice, please partner with Niger for Beans, Kaduna for Ginger or partner with Benue for Yam; Please leave this Indian Hemp matter, for now, Abeg,” Shehu tweeted.

However replying Shehu’s tweet, Sowore,  who is one of the foremost of cultivating cannabis in Nigeria, asked the senator if he is had no idea that his(Sani) Afro hair could benefit from a locally produced line of cannabis hair products.

“I hate to stand between two Nigerian politicians engaging asinine argument but I am disappointed in you for this tweet. Have you ever thought of it that when this idea finally gains legal ground your Afro hair could benefit from a locally produced line of cannabis hair products?” Sowore wrote.

Sani in a quick response said he doesn’t need cannabis for his afro to glow — Adding that he wishes both he, Akeredolu and Majek Fashek well.

My Friend Sowore, my Hair doesn’t need that marijuana to glow. I wish you, Governor Akeredolu and Majek all the best; if you succeed, then you are right. When we meet we shall debate it.