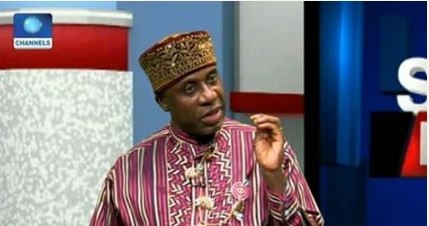 The Minister of Transportation, Rotimi Amaechi has said that his ultimate ambition is to make heaven when he dies.

The former Rivers state governor said this during the Thanksgiving and birthday celebration organized and celebrated at St. Gabriel Chaplaincy, Catholic Secretariat of Nigeria, Durumi, Abuja.

The minister who will be turning 54 on May 27, during his testimony, spoke of how he struggled with little or no money while growing up.

And also told of how he prayed for a Nigeria, where people would have to struggle less to survive.

Amaechi who announced his commitment to helping the poor in the church said among other things that he would be donating ten bags of rice every month for the next three years.