Veteran Nigerian rapper, Eedris Abdulkareem, has reacted to the news of President Muhammadu Buhari was driven to his inauguration ceremony in a N151 million Benz.

President Buhari was sworn-in for a second term in office on the 29th of May and news broke out that the Benz used to convey the president to and fro the venue of the inauguration cost N151million.

This news has generated mixed reactions from people. Popular rapper, Eedris Abdulkareem, also launched an attack on the president over the car issue.

He reposted the photo of the Benz as he makes jest of the president. See his post below: 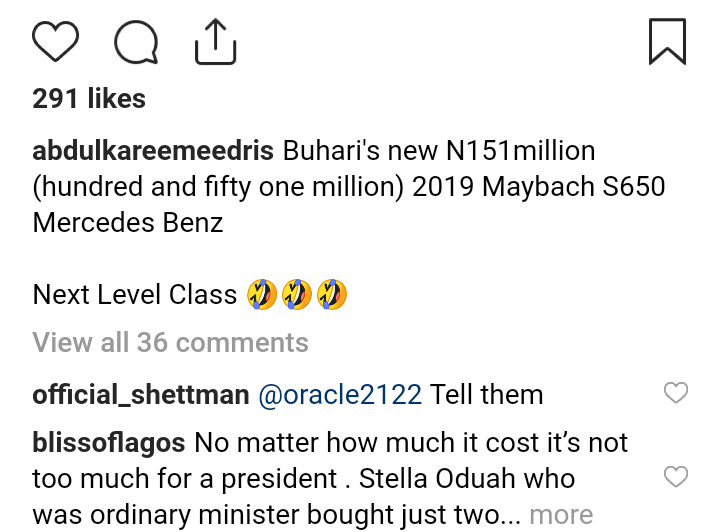