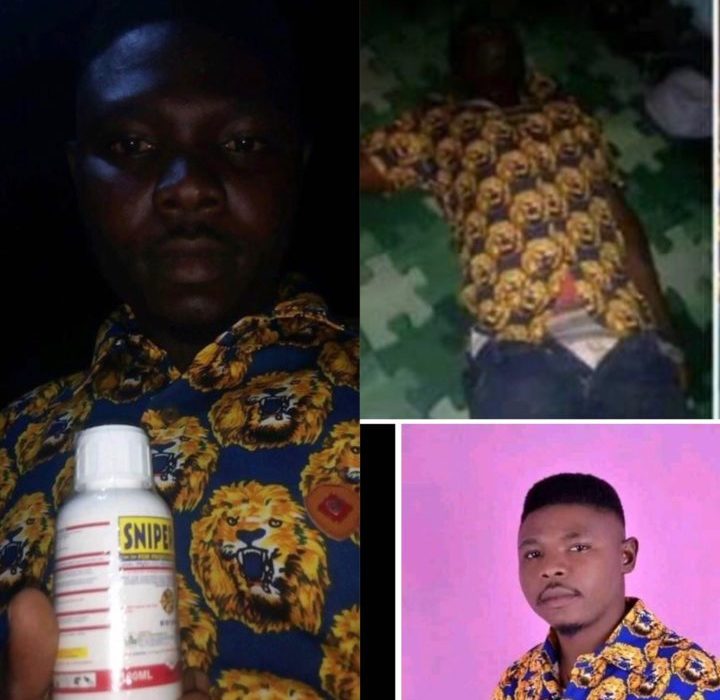 A Nigerian man ItzElderzne has come under massive heat after it was discovered that he had lied about ending his own life.

The man had taken to Facebook to state that he will be ending his own life, sharing photos of himself with Sniper and then another with him looking like he was dead.

Just as people started to mourn him, he again took to Facebook to reveal he only pranked them adding that he did it as a message to people battling depression.

The man went on to add that those contemplating suicide should not do it as it is a selfish thing to do. 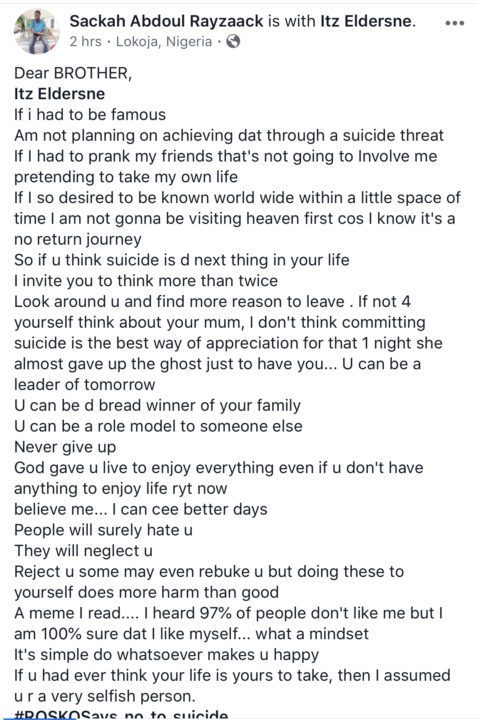 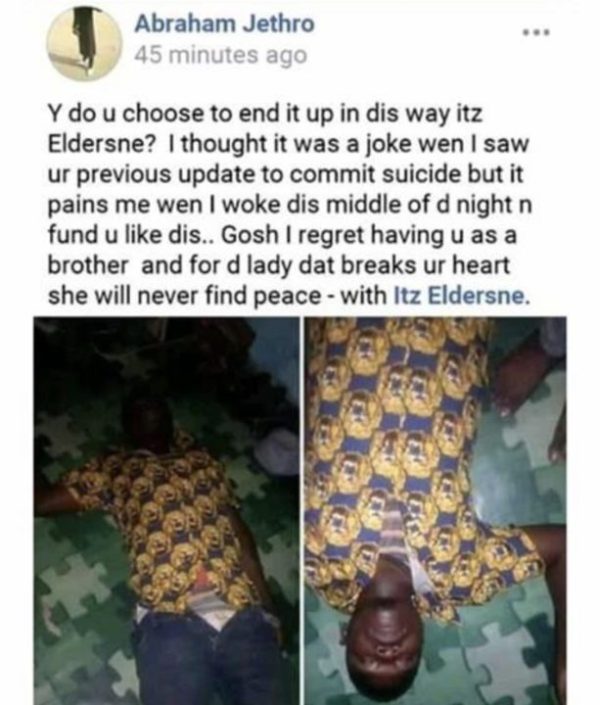 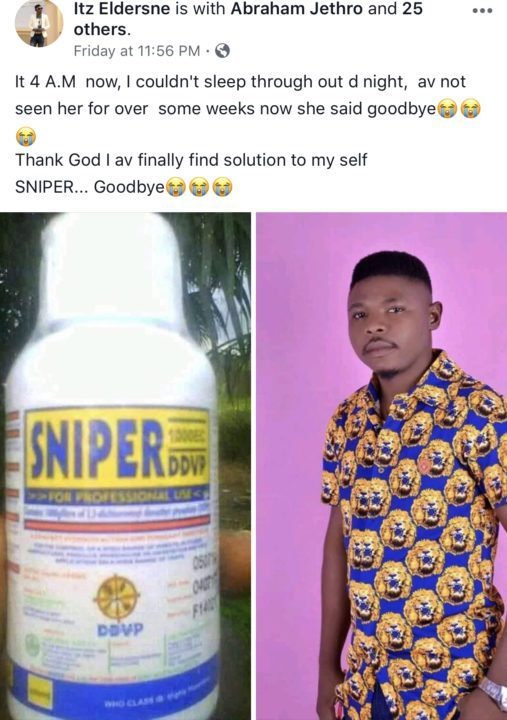