Home Politics Nigerians react as Oshiomole was asked to step aside at the presidential...
Facebook
Twitter
WhatsApp 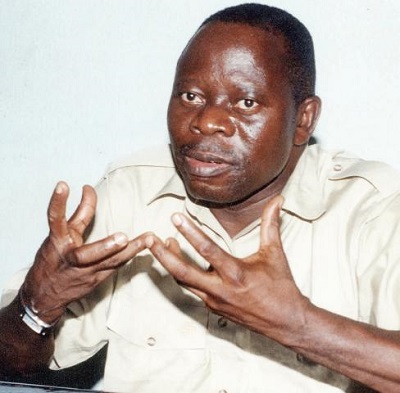 Adams Oshiomhole, the National Chairman of the All Progressives Congress(APC) is currently trending on social media after he was. asked to step away from a line by a security official at the Presidential Inauguration.

Oshiomhole had joined army chiefs, Chief Justice of Nigeria and some elected officers at the inauguration at Eagle Square, Abuja — When he was asked to leave the line by an army officer.

This has stirred the reaction of many Nigerians as they have taken to social media to react.

And the reactions below

@Sanromeo wrote; See the moment Adams Oshiomole was chased away by security for breaching protocol at the Presidential Inauguration. This was on Live TV oo. Next Level crisis begins! 😅😂😂😂 #TheInauguration

Aigb4real wrote: Please what was Adams Oshiomole doing there in the first place.

He is standing with Service chiefs and Chief Justice?

@AdelajaAdeoye wrote: Adams Oshiomole, a governor in Edo State for 8 years won’t say he is ignorant of inauguration protocol, he only pushed his luck too far and got the deserved disgrace live on TV for the whole world to see how foolish he has become over time.

@Ody_Johnson wrote: Who told Adams Oshiomole that as a party chairman you should be treated as an elected officer?
See as dem chase the nigga
#TheInauguration

@Chinonu wrote: Adams Oshiomole was a Governor for 8yrs, he’s been witnessing official protocols. What a huge national embarrassment he got today!