Nollywood actor, Peter Abasili, has taken to his Instagram page to celebrate the proposed ban of Bobrisky’s new movie titled “Bobrisky in Love.”

It should be recalled that a few days ago, Kingsley Abasili called out Bobrisky and other Nollywood stakeholders supporting the popular crossdresser.

A few days later, the National Film Video and Censors Board set up a panel to ban Bobrisky for promoting homosexuality.

Celebrating his victory he posted on his IG page in response to the ban:

We did it. Bye Bye Bobrisky! Say no to homosexuality! 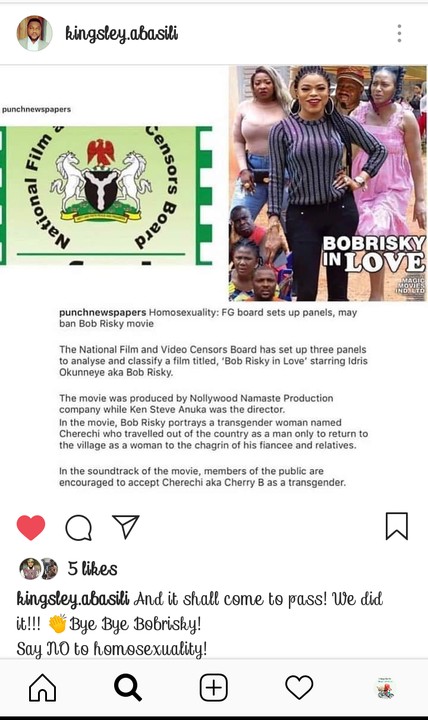