The Anambra state born music artist took to his social media platforms; Twitter and Instagram, to call out Duncan Mighty for defrauding him of N1million, which the management of Duncan Mighty charged him to feature on his song formerly known as Lauretta, now SHE DON’T CARE.

Also Read: My Husband Told Me He Doesn’t Love Me On My Wedding Night -Actress Iyabo Ojo Reveals Amid Tears 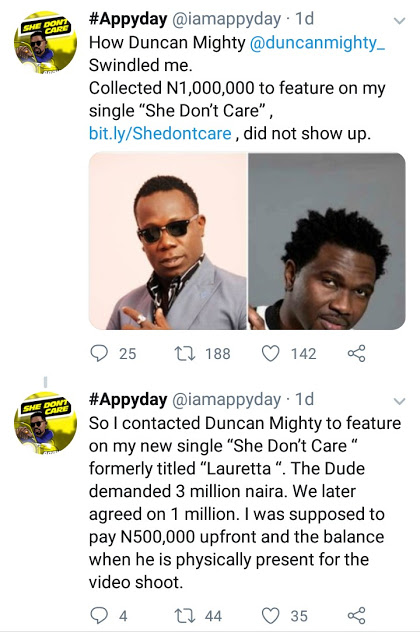 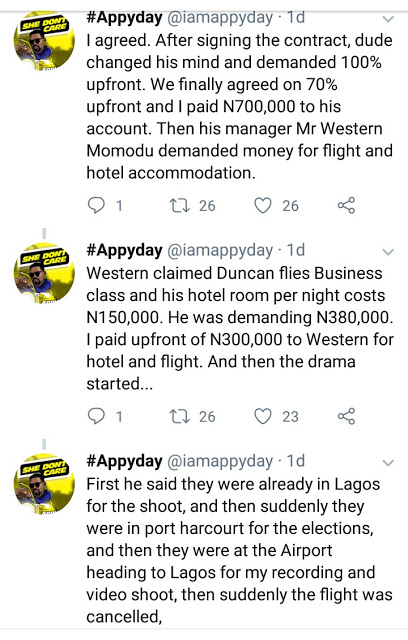 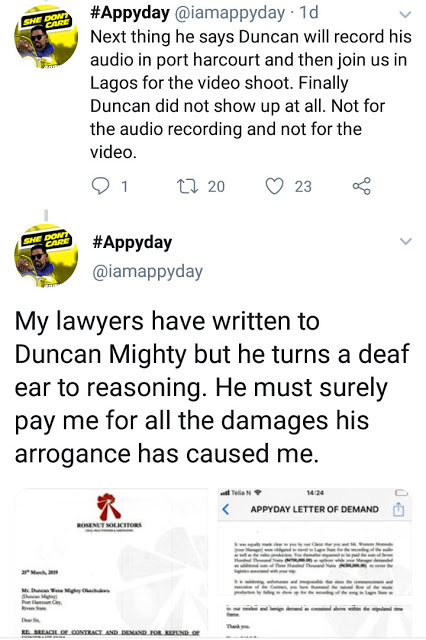 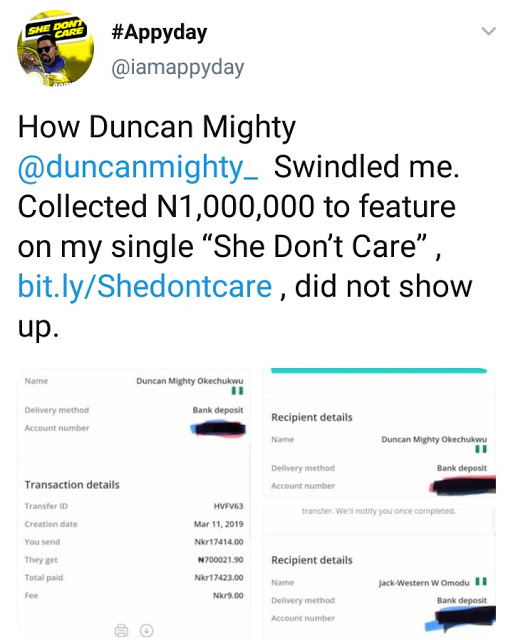 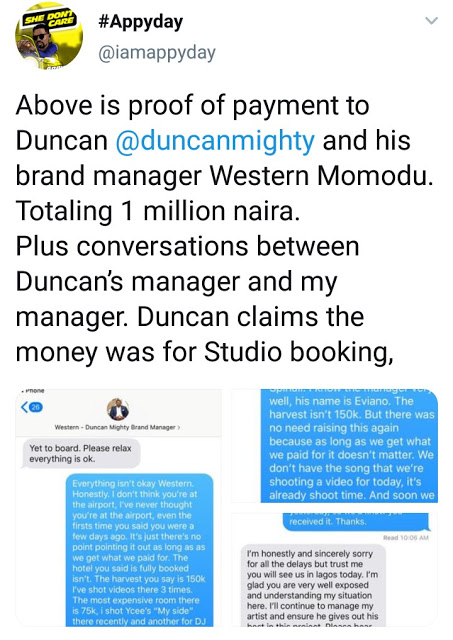 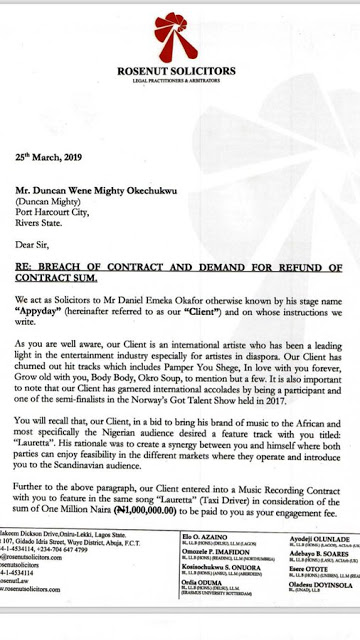 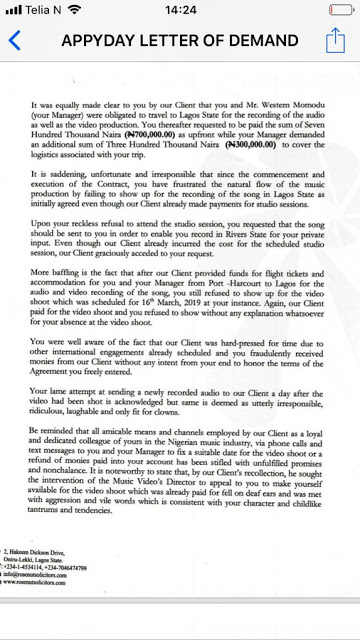 Reacting to the accusations, Duncan Mighty confirmed that the said amount was collected from the artist but it was not for the reason he said it was. 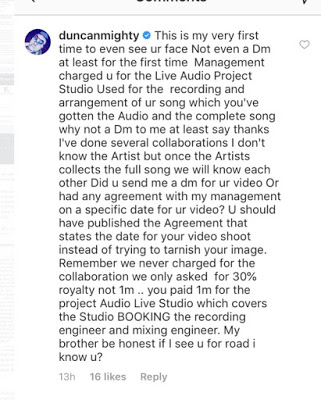 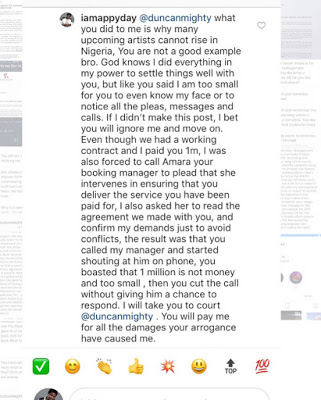 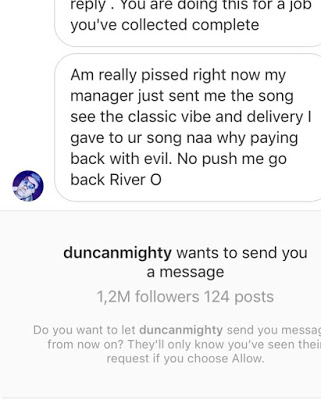