Social media personality, Timeout, has condemned popular indigenous musician, Olamide, over how he handles upcoming artistes who work with him.

Timeout has called out YBNL boss over the claims that he let upcoming act, Lyta go because he found another record label and he was getting jealous of other artistes in YBNL.

Olamide revealed that only Fireboy has contracted with YBNL, while he is just helping others.

Timeout revealed that the YBNL boss indeed helps upcoming artists but if the act is not bringing in the expected returns, he drops them. 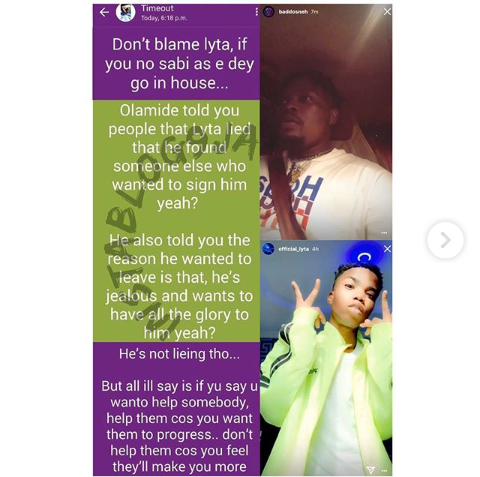 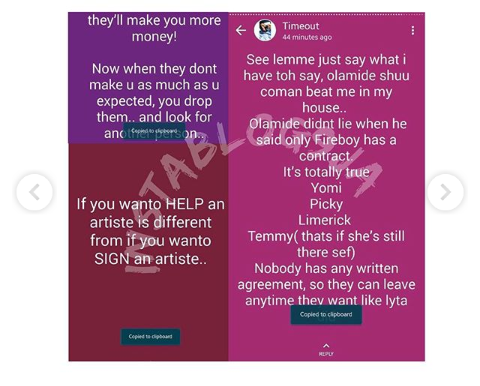 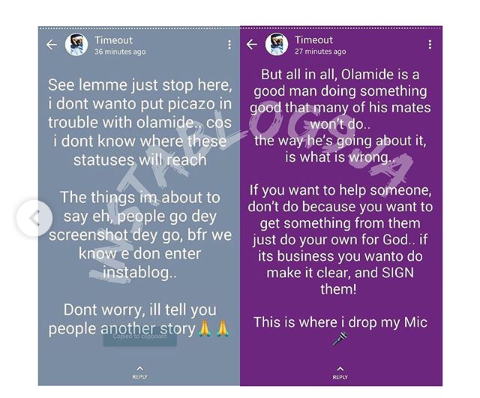