Popular musician, Davido, is in a joyous mood as the Appeal Court ruled in favour of his uncle, Senator Ademola Adeleke over the eligibility case filed before the court.

On Thursday, the Court of Appeal in a unanimous decision declared Senator Ademola Adeleke, who contested the 2018 gubernatorial election in Osun State, to be qualified to contest the election.

The court has not ruled over the winner of the election, as the incumbent Governor, Gboyega Oyetola filed an appeal contesting the decision of the election tribunal.

Reacting to this victory, Davido declared that one lap is left to accomplish their goal. 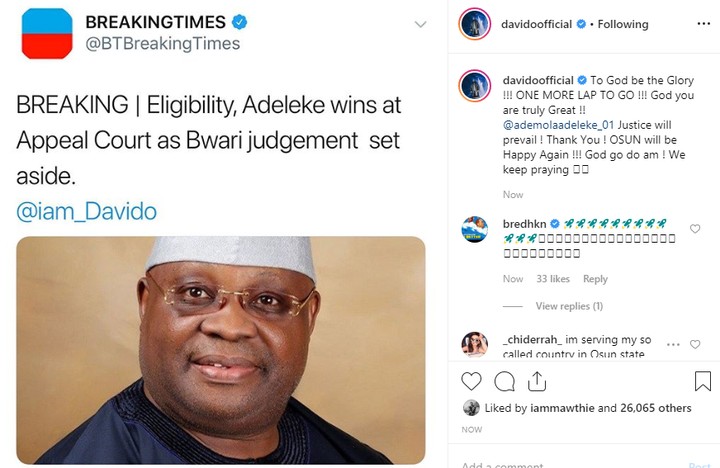