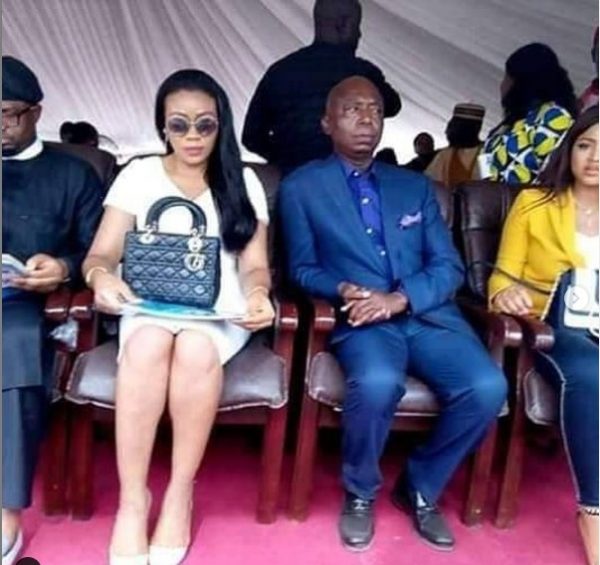 Lina Nwoko, One of the wives of a Former House of Representative member, Ned Nwoko, has accused Nollywood actress, Regina Daniels, of using ”voodoo” to get the attention of her husband, Ned Nwoko.

It all started after Regina Daniels dropped a picture via her Instagram page which she captioned ”Legit” and Lina who is a Moroccan took a swipe at her.

According to Lina who spoke via the comment section of the screen diva’s page, she dropped that the teenage actress used voodoo on Ned Nwoko before going on to add that she is also poor at cooking.