Home Politics PDP: How Tinubu travelled all the way to Mecca to gossip with...
Facebook
Twitter
WhatsApp 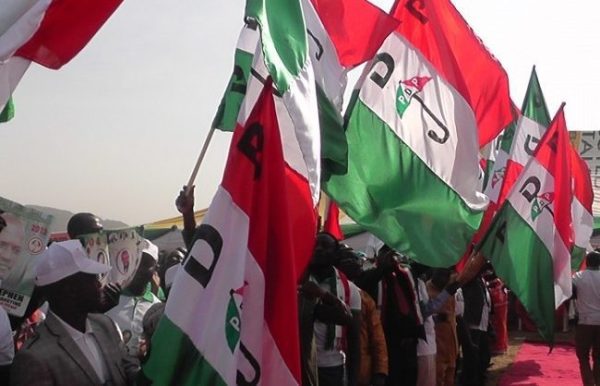 The People’s Democratic Party(PDP) has berated a national leader of the All Progressives Congress(APC) Bola Tinubu for travelling all the way to the “Holy Land” to gossip with president Muhammadu Buhari.

This was in reaction to a statement made by the former Lagos state governor that Nigerians should rather than attack the opposition party, should pity them for their “colossal defeat” in the just concluded election.

“Don’t be angry with PDP. Assist them to overcome their colossal defeat in the 2019 elections. Don’t blame them. They are handicapped by the traumatic feelings of the defeat at the polls. You should help them to manage the trauma,” Tinubu had said after a meeting with Buhari in Saudi Arabia on Monday.

However, a statement by the PDP on Tuesday said the ” self-styled” APC national leader has shown that he has nothing to offer.

Read part of the statement below

The PDP berates the self-styled leader of the APC, Asiwaju Bola Tinubu, for resorting to hauling insults against the PDP to curry political relevance, ostensibly for his selfish pecuniary interests.

The party says by travelling to faraway Mecca, at this Ramadan period, just to meet President Buhari and engage in gossips, invectives and diatribes against the PDP, Asiwaju Tinubu has further demonstrated that he has nothing to offer towards the development of our nation.

It is atrocious that at the time other leaders are in the Holy Land offering prayers and supplications for our nation, Asiwaju Tinubu is in Mecca for photo-ops, playing dirty politics and hauling insults at other Nigerians just to curry relevance before President Buhari
The party noted that nothing but sheer hypocrisy would push Asiwaju Tinubu to engage in unholy praises of a failed administration in desperation to avert the purported threats by certain agents of the Buhari Presidency to expose him.

The party cautioned Asiwaju Tinubu to call himself to order, particularly as Nigerians, including members of his party, the APC, have seen through his power-grabbing antics and are now determined to give him the back seat treatment.