Home Politics Peter Obi whom I defeated has no right to describe me as...
Facebook
Twitter
WhatsApp 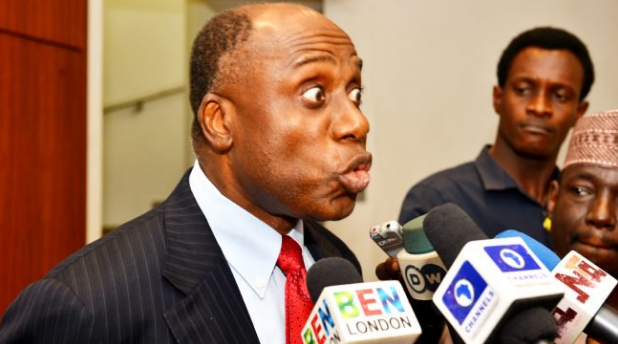 Rotimi Amaechi, minister of transportation, has described a recent comment by Peter Obi, vice-presidential candidate of the Peoples Democratic Party (PDP), against him as “sad and cheap”.

The minister on Tuesday, while speaking during an interactive forum of maritime stakeholders in Lagos, on Tuesday, said Obi has no right to call him irrelevant — Especially since his Obi’s party, the Peoples Democratic Party(PDP) failed to win the presidential election.

Amaechi had said earlier that the Igbo have nothing to negotiate for 2023 presidency — And reacting to this, Obi said Amaechi has no locus to speak on 2023 presidency for the Igbo because he isn’t from the region.

“Amaechi is not from the southeast, so he cannot speak for us. He is not in any position to make such a statement because even him that is in APC, he did not contribute anything to the success of that election,” he had said.

“He did not even achieve anything in his own state. Those of us from the southeast who are from the PDP contributed to the success of our party.”

Reacting to Obi’s comment, Amaechi said even Obi has no locus to speak on the matter because both he and PDP failed to win the last presidential election.

“Peter Obi said I’m not an Igbo man and that I don’t have the locus to discuss whether Igbo presidency will be or not in 2023. That comment is a very sad and cheap one from him,” Amaechi said.

H said: “But the truth is that Peter Obi to does not have the locus to speak about Igbo presidency because he and his party couldn’t win the presidential election.

“Aside from that, it’s most unfortunate that Peter Obi, a man I defeated to become the chairman of Nigeria Governors Forum(NGF), when we were both governors, can wake up today to say I am not relevant in the polity to talk about national issues when journalists ask me questions about it.”

“I support Igbo presidency. I believe that it’s the Igbo turn to produce the next president of Nigeria because they have not been there before.

“The country will be unfair to the Igbo if they say it’s not their turn. But it can’t be your turn and you don’t want to fight for it. You want us to wake you up from sleep and say come and take, it is your turn?

“It doesn’t work like that and it will not work that way. So, Peter Obi should close his mouth. He lost an election which I won and that’s why President Buhari, not Atiku will be sworn-in tomorrow as president.”