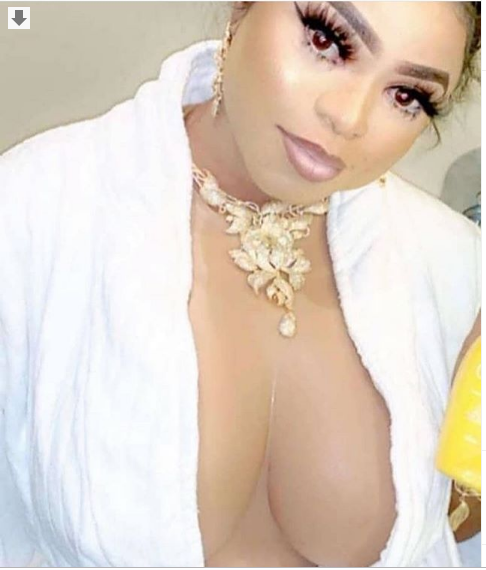 Nigerian crossdresser Bobrisky is out here causing a stir online as he has again taken to social media to share a sexy image of himself.

The crossdresser, took to social media to show off his massive boobs while donning a deeply plunging white top.

Bob who made news a few weeks ago after posting a similar photo is believed to be wearing fake boobs. Many have since taken to several social media platform to share their thoughts on it.