Rexxie, music producer and in-house producer for rapper, Zlatan Ibile, has taken to social media to plead for the release of fast-rising acts Zlatan and Naira Marley arrested by the Economic and Financial Crimes Commission (EFCC) on internet fraud related crime.

On Friday, men of EFCC arrested the duo and another upcoming act, Rahman Jago, over an internet fraud case and this elicited a lot of mixed reactions from Nigerians.

On Monday, it was gathered that contrary to reports that they have been released, the fast-rising stars are still in the custody of the anti-graft agency.

Rexxie, who works with the duo pleaded to the anti-graft agency to release them as they are not criminals but musicians using their talents to bring smiles to the faces of many Nigerians.

See his plea below; 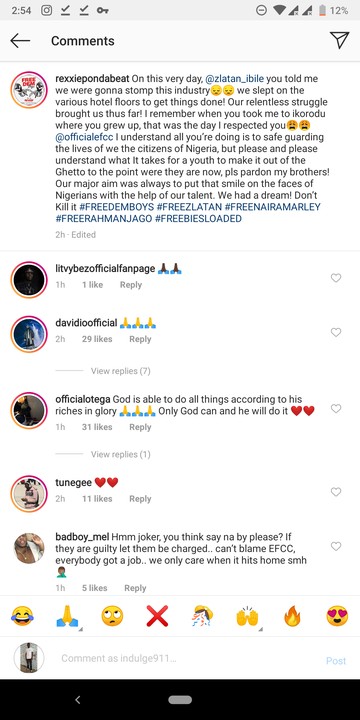