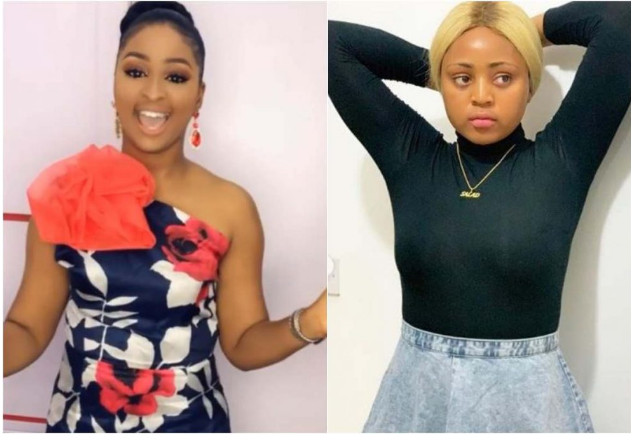 Nollywood actress Regina Daniela has been in the news for weeks now and it does not look like that will be changing any day now.

Regina, made headlines weeks ago when news surfaced that she had tied the knot with 59-year-old billionaire Ned Nwoko who many feel is too old for her as the actress is barely 20.

The news caused many to voice their opinions while some bashed her and her family for allowing it to happen.

Now while many bashed her, others supported the young actress as they feel age is nothing but a number.

Actress Etinosa who is one of Regina’s supporters has now caused more tongues to wag after revealing the actress is pregnant.

Etinosa wrote on her Instastories that;

“Regina is pregnant thank you Jesus. I have won the bet i made with my mother.” 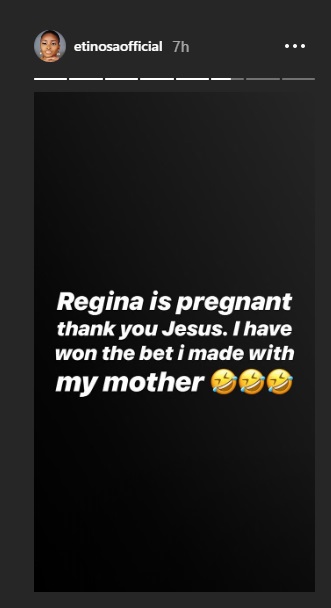