An Instagram user has taken it a step by advising the younger sister of the actress, Destiny Daniels to not tow the path of her sister.

However not taking the comment as a funny one, the teenager slammed the troll, telling him he is heartbroken, hence the posting of rings on social media.

Also Read: ‘It is senseless for a girl to leave a guy because he cheated’ – Rapper Hotyce

The little Daniels also advised him to make money so he could marry a young woman. 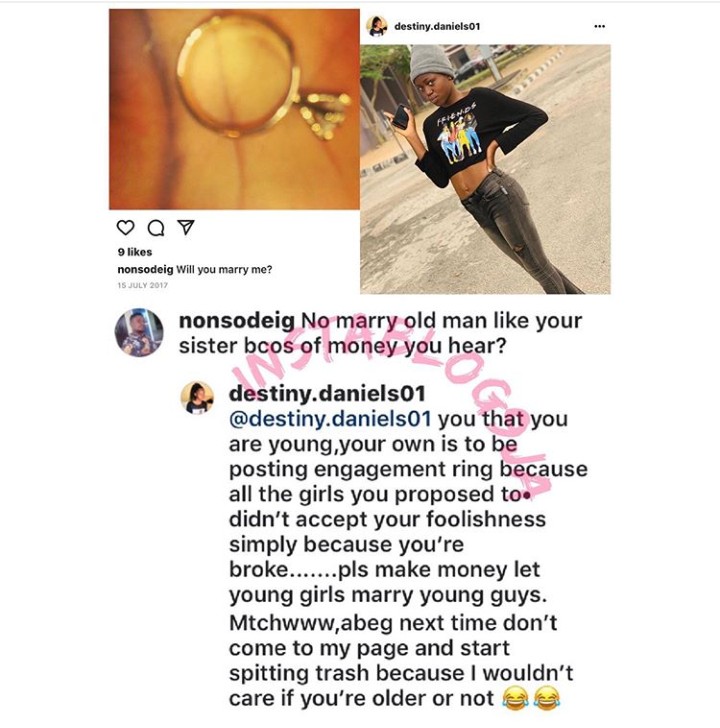