Social media crusader, Reno Omokri, has lashed out the security agency that arrested Instagram blogger, Blessing Okoro, for claiming a house that is not her own.

Reno Omokri, reacting to the blogger’s arrest pointed out that it is illegal to arrest her for false claims as it is not covered by Nigeria’s Constitution.

Lying that you own a house that you don’t own is immoral and dishonest, but it is not a CRIME. The only CRIME I see here is the arrest, handcuffing and public harassment of Blessing Okoro. Who here, including me and
@MBuhari, has not lied before? #FreeLeahSharibu #RenosNuggets 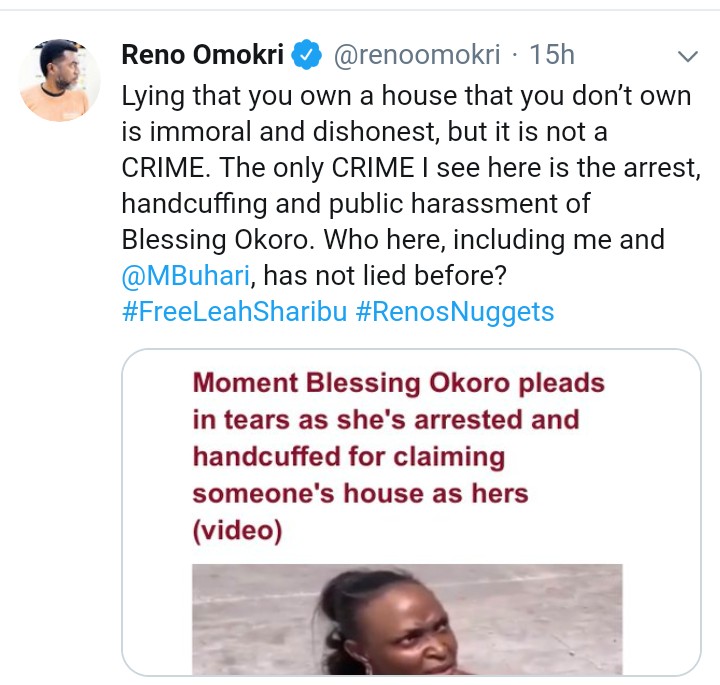 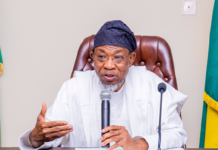