Nollywood actress, Halima Abubakar, has fired at a troll, who asked her to get married as she was already getting old.

The Nollywood actress was smoking hot when she attacked a troll who advised her to get married.

The troll pointed out that Hausa women usually got married early, so Halima Abubakar should do so as she was already getting old.

See their conversation below; 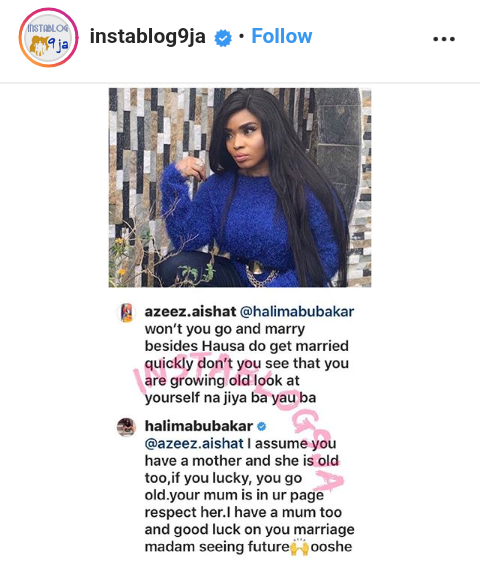