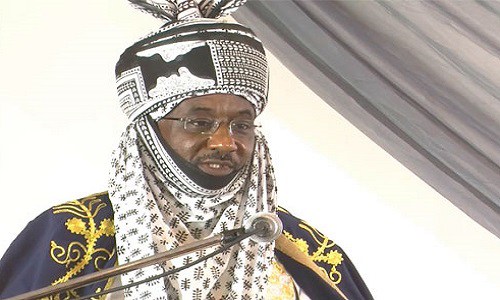 The whole country was thrown into a national debate on history and politics last week, after the Kano State governor signed into law, a bill creating four new emirates in the state. Not only that but an investigation into the finances of the Kano Emirate Council, the body overseeing the state’s traditional institutions, headed by Emir Sanusi was opened.

There were speculations that the governor’s move against Emir Sanusi was as a fall out of the actions of the monarch during the last governorship election in the state — Wherein Ganduje narrowly won only after the second round of voting.

However, an officials close to Ganduje has revealed that in the build-up to the governorship election in the state, Sanusi met more than four times with the leader of the Kwankwasiyya movement, Senator Rabi’u Musa Kwankwaso and candidate of the Peoples Democratic Party (PDP) in the state, Engineer Abba Kabir Yusuf, aka Abba Gida-Gida(Ganduje’s major contender) to plan on how to beat the incumbent governor in the contest.

“He also summoned his relatives and directed them to work for the PDP and ensure that the incumbent governor did not return for a second term. As if that was not enough, the emir used his connections to mobilise huge funds through friends and business partners and used same in campaigning against the APC during the election,” the government source said.
He also revealed how Sanusi called several personalities, begging them not to allow the rerun election to hold in Kano — After the Independent National Electoral Commission(INEC) declared the first ballot inconclusive.
“He told some of them that there was every tendency of Kano witnessing another round of political riot if Abba Yusuf, the PDP candidate was not declared winner of the election,” the source said, adding, “But when it was evident that the rerun must hold, the Emir changed his strategy by moving into the security circle trying to convince personnel to work against the APC.”
Another source said: “Emir Sanusi directed all the district heads of the areas affected by the rerun election to come up with reports that would indicate that the poll was marred by violence. Some of the district heads complied with his directives, but others refused to do so. And even those that did it later confessed that they were directed by the Emir to do so. “The Emir did so many things which did not only touch the governor directly but also the entire system of the APC. He also worked against the Presidency directly by inciting the public against the Buhari-led government.”