Popular South African dancer, Zodwa Wabantu, has revealed that her fiancé, Ntobeko Linda will carry on her surname after they tie the knot. 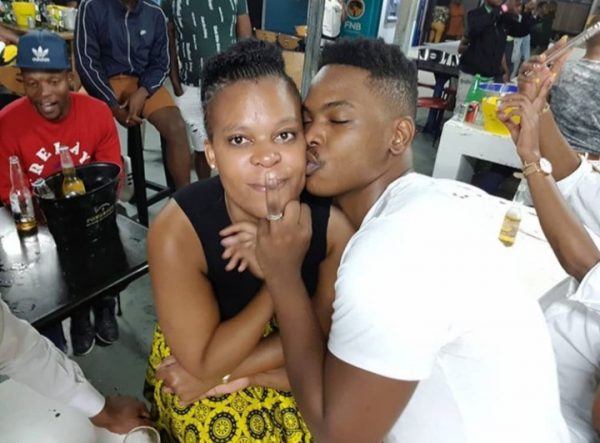 The 33-year-old pantless dancer and mother of one publicly proposed to her 24-year-old fiancé with a $43,000 diamond ring at Eyadini Lounge in Durban, South Africa.

The dancer recently held an interview with Daily Sun where she disclosed that she had discussed the issue with her partner to which he willingly accepts.

“Definitely, yes. We have talked about it and we agree.”

She mentioned that people should refrain from using culture as a reason to condemn their decision because it is up to them to make.

“Culture has nothing to do with us. We were not there when old people decided to do things their way. We will decide things for ourselves. We are different and we want to do things differently. Some people may not like the way we do things but we don’t care. I love my fans but this is a personal issue.”

The singer had unashamedly replied comments made on social media regarding her engagement, saying:

“We as women we give our men money to marry us. Hard working women hide that they marry themselves by giving their boyfriends money to go to their families to pay Lobola (brideprice)”.