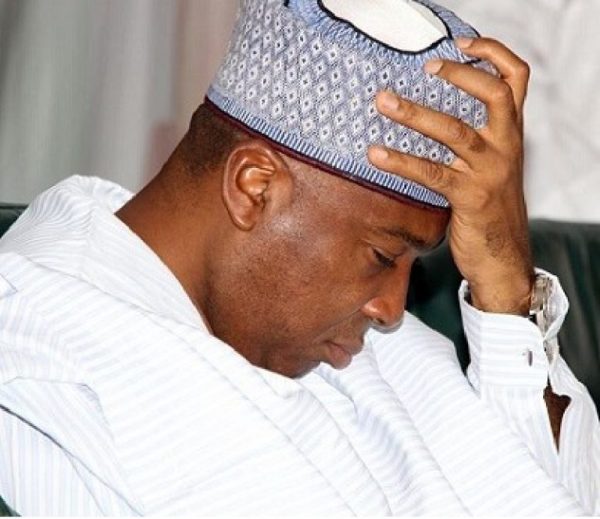 According to the statement signed by the spokesman for the major opposition Party(PDP), Kola Ologbondiyan, the federal government has been using the Economic and Financial Crimes Commission (EFCC) to hound the Saraki and others in what it described as a clear case of a political witch-hunt.

This statement was released through the PDP official Twitter handle today, May 8th.

The statement further added that certain elements within the APC are planning to harm the leadership of PDP under a certain guise.

The @OfficialPDPNig expresses concern that the @OfficialAPCNg-led Federal Government is now using the @officialEFCC to hound the Senate President in a clear case of political witch-hunt.

The @OfficialPDPNig condemns the renewed harassment of the @SPNigeria and Director General of the @Atiku Presidential Campaign, Senator @bukolasaraki, by the @OfficialAPCNg led Federal Government. pic.twitter.com/Nl6YOtege6