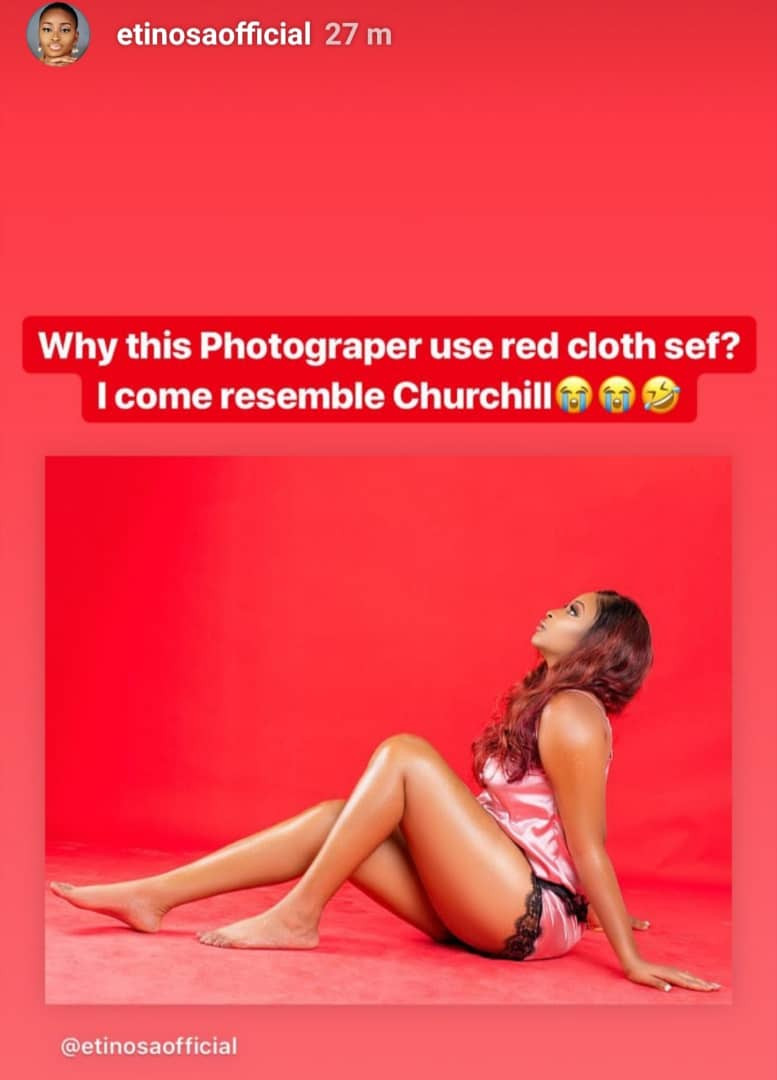 Nollywood actress and comedian Etinosa has joined many other celebrities to shade actress onto Dikeh over her latest interview which saw her slamming ex-husband Oladunni Churchill.

Tonto in her interview had revealed her husband is a yahoo boy.

After I came back from giving birth to my son, I had been suspecting that he was into Yahoo…before I even came back to Nigeria I had already begun to suspect but the only thing that made me confirm was the night that he wasn’t supposed to be home and I slept early because of my son. And I heard some noise in his room because he’s in the penthouse and my room is under.

“So, I heard a noise upstairs, nobody was supposed to be in that room. I opened up this room, I saw a full-grown man wearing a red cloth in his waist with red candles everywhere around him with a laptop in his hands. Immediately I saw that I was shocked, I was simply shocked. I was not scared but I was shocked. I just started laughing and he got me and that was one of the first fights we had after I had King,” she said.

Tis caused many celebrities to come for her with Etinosa being the latest by mocking her revelation of Churchill being a Yahoo boy.

Sharing a photo of herself with a red background, Etinosa stated that the photo made her look like Churchill as Tonto described seeing him some years ago.