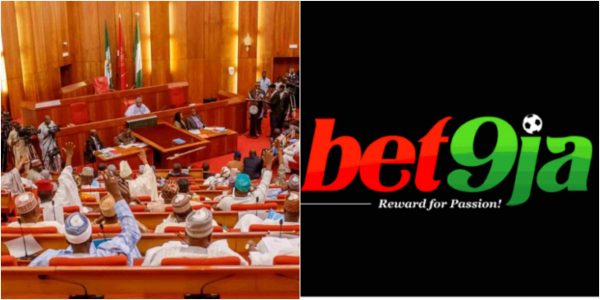 A new report has confirmed that the Senate has threatened to shut down Bet9ja offices across the country. This is due to the company’s refusal to appear before it on its second invitation.

According to Vanguard, Senator Obinna Ogba, PDP, Ebonyi, the Chairman, Senate committee on youth and sport, while speaking in Abuja said it is quite unfortunate the lotto company has refused to heed their call.

“Clerk, write to Bet9ja again. If they did not honour your our invitation again, we will ask the National Lottery Commission to seal their offices.”

“We wanted to see bet9ja. They can’t runaway,”

Senator Ogba went on to state that Bet9ja’s verification followed a series of complaints adding that a couple does not have offices while some others have refused to make remittances to the government.

Ogba continued while verifying, about 20 betting companies saying that “some got the licenses but they are not operating. The new regulation only give them one year to start operations,”