According to the tweet, the child organ has been damaged due to the fact that the organs are still immature.

He continued by saying that the child is currently receiving treatment in a hospital center.

This is not the first time a paedophile case has been recorded in Nigeria, as the rate is seriously spinning off the chart. 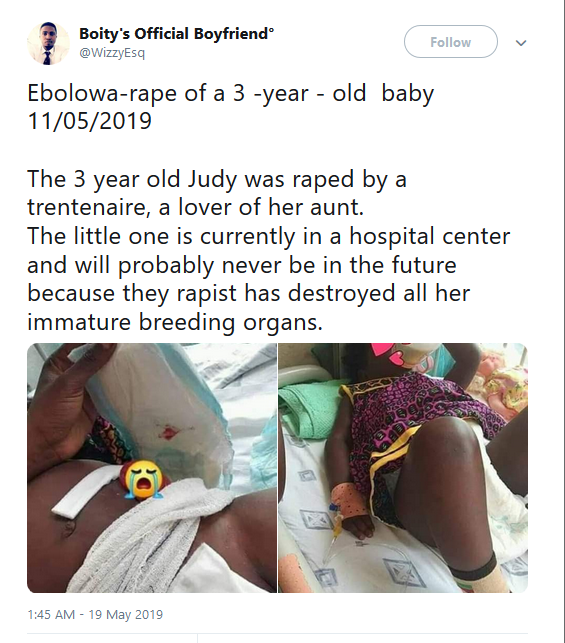 Twitter users didn’t hesitate to express their disgust and disdain for the paedophile. when the publisher was asked if the man has been arrested, he confirmed to arrest. 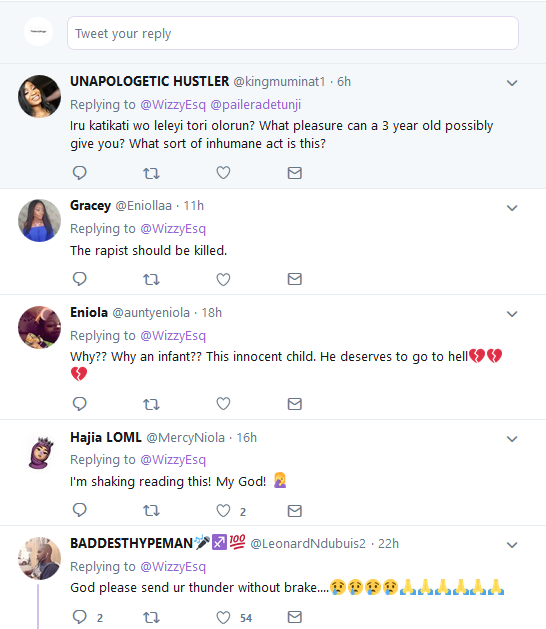 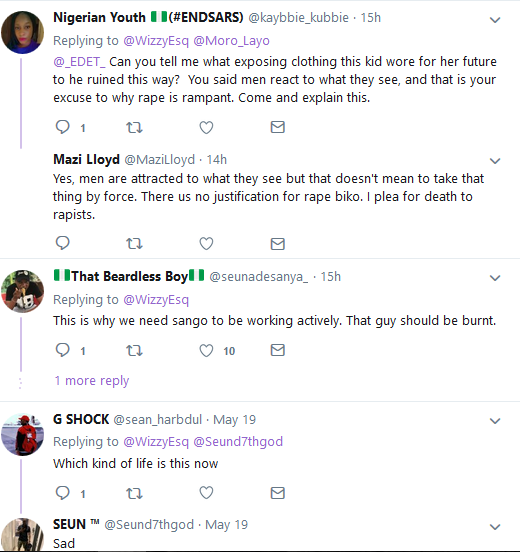 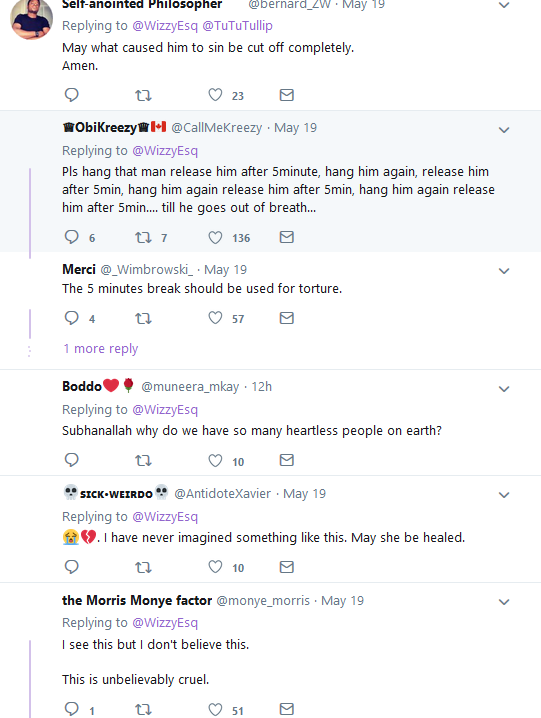