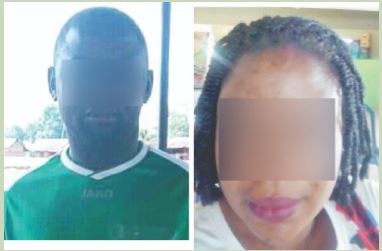 A Nigerian Elias Audu who just completed his mandatory one year National Youth Service Corps scheme (NYSC) has shared the story of how he returned home after the scheme to meet his wife pregnant for his own best friend.

According to the young man who claimed to have served in Osun state, he said he married the wife a month before going for the compulsory scheme. He added that he left him behind in his house and sends money for upkeep to her monthly.

“Throughout this year, I have not visited home due to the tight schedule of my duties at my place of primary assignment. My last visit was in November 2018. I had got some break and decided to visit home again. I arrived home with so much joy. The first warning sign was when I got to the park and my wife was not around to welcome me as usual.
“It was her next-door neighbour that came to welcome me at the park. Even Mike, my friend, whom I have been communicating with since I left Osun State, was nowhere at the park. When I asked why my wife was not at the park, her neighbour told me she was not feeling too well and they advised her to stay at home. I did not buy that explanation but I kept quiet and could not wait to get home. When I got home, I met the shock of my life. There stood my wife with a protruding stomach.
I was transfixed, trying to recall if there was any time she told me she was pregnant, but I could not remember any. Her neighbour was in an unusual hurry to leave. After her departure, I asked my wife what was a neighbor. She broke down and confessed that Mike seduced her, they had sex and the pregnancy resulted. As for Mike, I have not called him since I came back home. I leave him to his conscience.”