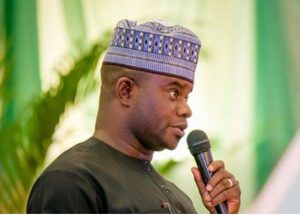 Governor Yahaya Bello of Kogi state has been accused of sending the Chief Judge(CJ) of the state, Justice Nasir Ajanah away from a state function today, 21st Tuesday.

According to the news making the rounds, the Chief Justice of the state was invited to a state function which held at the state’s Government House, Lokoja, by the protocol officers of the Government house.

The CJ was said to have arrived at the venue of the function ahead of Yahaya Bello and seated when he (Yahaya Bello) came in.

He was said to have subsequently asked the security operatives to tell him that he does not want him at the function and the CJ took his leave.